on November 06, 2014
Every Thursday, Nathan (over at Fantasy Review Barn) leads the gang in touring the mystical countryside, looking for fun and adventure. His Tough Traveling feature picks one of the most common tropes in fantasy each week, as seen in The Tough Guide to Fantasyland by Diana Wynn Jones, and invites us to join in the adventure. All are invited to take part, so if you're joining the journey late, no worries . . . we'll save you a spot in the caravan.

This week’s tour topic is: NOVICES


Novice is a term in frequent use. There are not only Novice Priests and Priestesses and nuns: you will also encounter novice healers and bards, and sometimes also novice mages…Novices are always young, frequently skinny and undernourished, and clad in robes.

Novices, eh? Well, I guess I could cheat and say just about any fantasy epic of the 80s - coming of age stories and novices were part-and-parcel of the genre - but that's far too easy. Let's challenge ourselves a bit, shall we, and look outside those 'classic' fantasy sagas.

Let's start by bridging that gap between classic and current, and take a look at The Wheel of Time. All of our young heroes here are novices of a kind, beginning with Rand, the novice Dragon Reborn. We also have Mat and Perrin, novices to the power inside them; Egwene and Nynaeve, novice Aes Sedai; and Elayne, novice Queen. 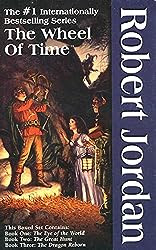 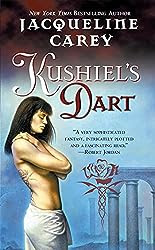 The Emperor's Blades is really the tale of three novices, siblings about to be thrust into a maelstrom of conspiracy and deceit. Kaden is the novice monk, hidden away in the mountains so that he can learn to harness the mental powers that will keep him alive. Valyn is the novice Ketteral soldier, training to not only fly the massive birds of war, but to lead his own wing. Finally, Adare is the novice politician, left home to try and hold things together in the face of treachery. 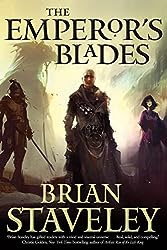 One of the most interesting novices in recent years is, of course, the novice young scribe by the name of Arkamondos in Scourge of the Betrayer. Finding himself in completely over his head as scribe to a band of Syldoon warriors, Arki serves as both narrator and the conduit for the reader's questions, not only sharing in our complete ignorance of what is going on, but working for us to try and pry some of those answers from Captain Braylar.

That brings us, finally, to the trio at the narrative forefront of The Demon Cycle. Here, Arlen Bales and Renna Tanner are the novice warders, Leesha Paper is the novice healer, Ahmann Jardir is the novice warrior, and Inevera is the novice priestess. While most of them have already come into their power as the main story begins, Brett uses extensive flashbacks to flesh out their backstory and show just how they graduated from their novice roles. 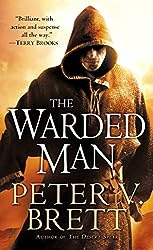