on December 19, 2018
First off, if I can toot my own horn for a moment, I was notified yesterday that Beauty in Ruins was named one of the Top 50 Fiction Blogs & Websites for Fiction Book Readers & Authors in 2018 by Feedspot, which is very cool news! Thanks to all for being a part of that.

This year I read 106 books (up just a tad from last year, which surprised me), and abandoned 12 to the DNF pile (which is down a bit from last year). Among the books that I did not abandon, there were 7 perfect 5-star reads this year (which, I am pleased to say, is 1 more than last year's total).

At a quick glance, it looks like 35% were shelved as Fantasy and 34% as Horror, while a quick look back shows that 32% were written by women, and 17% had some sort of LGBT content. 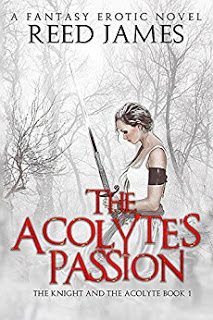 Once again, I had the great pleasure of hosting a number different authors for guest posts, excerpts, or interviews this year. Gail Z. Martin, always a popular guest, stopped by to talk The Perils of Writing Sequels; Felix R Savage, in his first visit, showcased the SFWA Science Fiction Story Bundle; and Kane Gilmour had some fun, talking Kaiju Destruction in Kaiju Rising.

On the interview front we had two interviews that were exceptionally well-viewed - my chat with Tamara Thorne & Alistair Cross in the Spring, and J. Kent Messum's  Summer stop to talk about the US publication of Husk. 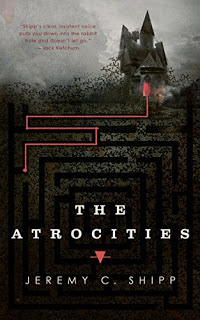 Going strictly by traffic to the Ruins, this year's most popular review towered over all others, nearly doubling the views of the second-most popular review. The Atrocities by Jeremy C. Shipp was a haunting, grotesquely beautiful, atmospheric work of Gothic horror, that was truly unforgettable, and I'm glad to see that readers took notice.

Going by those same numbers, the year's most popular author was Catherine Cavendish. Two of the books in her Nemesis of the Gods series (Waking the Ancients and Damned by the Ancients), along with the standalone Cold Revenge were popular with readers, taking 3 of the top 7 spots.

Rounding out the top 5 were Bloody Rose by Nicholas Eames (no great surprise there), Knowing God by Donald Allen Kirch (the most popular WTF title of the year), and Art of War edited by Petros Triantafyllou (again, no great surprise,given its stellar collection of authors). 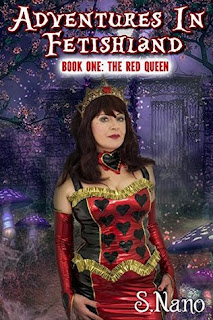 While the last few years have seen a number of authors make repeat appearances in the 5-star list, most of them wrapped up their series last year, opening the shelves to an almost entirely new crop of authors. There is one author, whoever, who deserves a special nod.

Not only is S. Nano the only author from last year's list to rank among this year's 5-star best, he managed the feat twice - first with La Contessa and then with The Red Queen. I do believe that may be a first, and is definitely worth celebrating.

Perhaps even more exciting is the fact that half of this year's top reads were from the WTF Are You Reading shelves, which has me excited for some of the books I have lined up over the holidays and for the start of the new year.

What's Next for 2018
Looking to the new year, there are already a handful of titles I've either been chasing or am anxiously awaiting promised copies - Verses for the Dead by Douglas Preston & Lincoln Child (Dec 31), The Ruin of Kings by Jenn Lyons (Feb 5), The Raven Tower by Ann Leckie (Feb 26), and The Priory of the Orange Tree by Samantha Shannon (Feb 26).

Looking ahead even further, the titles I am most excited about this year - and I swear it is a total coincidence that all three authors are Canadian - include The Gossamer Mage by Julie E. Czerneda (Aug 6), Our Lady of Blades by Sebastien de Castell (Sept 19), and The God Is Not Willing by Steven Erikson (Nov 12).

While it's always hard to guess what a new year will bring, I do see myself digging deeper into my stacks of personal reads. Kristen Britain's Green Rider, Janny Wurts' The Wars of Light and Shadow, and Elizabeth Haydon's The Symphony of Ages are series I want to catch up with, and I have some holes to fill on my L. E. Modesitt Jr. shelves with Saga of Recluce, Spellsong Cycle, and Corean Chronicles.

On that note, I definitely see myself continuing with my preference for physical reads (especially of the mass market paperback variety).

Beyond that, I can't say what author or genre will dominate my imagination, but I look forward to finding out.
Canadian epic fantasy erotica horror WTF