on November 07, 2016
Unmasking the Aolanians
by Cindy Koepp 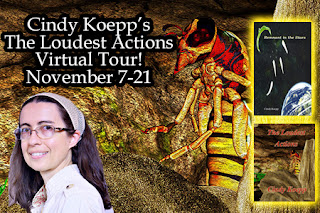 Both Remnant in the Stars and The Loudest Actions have alien species that are sentient or at least self-aware. When designing aliens, I set a goal for myself: create aliens that are both unique and relatable. I did not simply want aliens who were nothing more than humans in funny costumes. At the same time, if these other sentient people are too bizarre, we have nothing to relate to. They become incomprehensible.
Aolanians are the most common aliens in these tales, so they were the toughest ones to balance. To make them different from humans, I started with their appearance. Aolanians stand a meter tall, on average, and look a little like a tailless Geico lizard with different colors of scales depending on their household. These folks are telepathic, but their mental communication abilities only work with other Aolanians. Some of them can read emotions from humans they know well, but thought communication doesn’t work.
They communicate verbally in a different manner, too. Aolanians only speak in the present tense. Past and future tenses are communicated through telepathic impressions. This makes detailed communications with humans a little more complicated.
The Aolanian perspective of violence is the third difference from humans. Aolanians do not believe in using violence to solve their problems. Many of their alliance agreements with humans involve humans providing protection.
There are ways they are similar to humans as well. Aolanians value family. Sora spends much of both books teaching one kid or searching for another while wishing he could be home with his wife. In fact, his self-imposed exile in Remnant in the Stars was done to protect his family and his household from the extended consequences of his actions. Also in Remnant, Previn takes care of her cousin Tiva even when her captain orders her to abandon him.
Friendship is also important to Aolanians. Kirsten and Peter both find a valuable friend in Sora. He lends his advice to each of them based on his experience or conclusions he can draw based on the situation.
Like humans, Aolanians make mistakes and can feel the guilt of bad decisions. Sora bears the guilt of a mistake he made for ten years because of his society’s views of violence. (I’d tell you how he deals with it in the end, but that would be quite the spoiler!) Sora also tries to plan a way to deal with a problem in each book. His plans end up with some major unexpected consequences. You’ll have to check out the books to get the details.


Some popular fiction has been accused of creating “aliens” that are too human. Others are so completely unrecognizable that they don’t have any familiarity we humans can connect with. That makes them unsympathetic. Not a bad idea, if the aliens are the bad guys, but when the good guys are not human, we need a way to feel sympathetic with them. 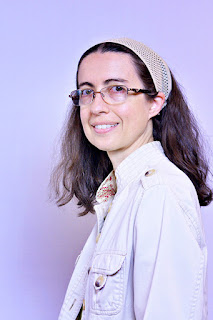 Originally from Michigan, Cindy Koepp has a degree in Wildlife Sciences and teaching certification in Elementary Education from rival universities. After teaching for fourteen years, she pursued a master’s degree in Adult Learning with a specialization in Training and Performance Improvement. Cindy has five published science fiction and fantasy novels, a serial published online, short stories in five anthologies, and a few self-published teacher resource books. When she isn’t reading or writing, Cindy spends time whistling with a crazy African Grey. Cindy is currently working as an optician in Iowa and as an editor with PDMI Publishing and Barking Rain Press. 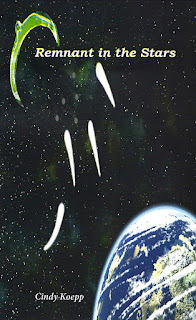 Remnant in the Stars
by Cindy Koepp

Two hundred years ago, the Aolanian home world exploded and a remnant of survivors escaped. As their convoy combed the galaxy looking for a new world to colonize, they discovered Earth and were given permission to establish a temporary base while they continued their search for a new home world. When an Aolanian exploration vessel goes missing after transmitting a garbled distress call, the uneasy alliance between the humans and the Aolanians is put to the test as two anti-Aolanian groups jockey to use this opportunity to press their own agendas by foiling the rescue mission.

Because his daughter was onboard the Kesha when it vanished, Calonti Sora reluctantly signs on as an astrogator with the Gyrfalcon, one of the ships in the search party. There he meets up with an old human friend, Kirsten Abbott. Together, they work to overcome prejudice and political plots as they race toward an enemy no one could expect. 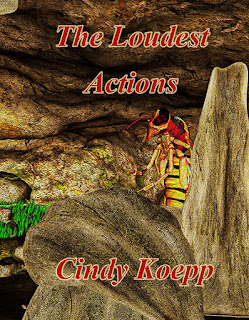 The Loudest Actions
by Cindy Koepp

First contact missions are hard enough, but they get even tougher when the negotiator has an ego the size of a gas giant.

Burke Zacharias, a first contact researcher, is chosen to spearhead humanity’s first official contact with Montans, an insect race that has already had a run-in with less friendly humans. Although his words and overtures toward the Montans are cordial enough, the Montans are put off by how he treats the crew of the scout ship that brought him to the world.

With other, less friendly forces trying to establish a foothold on the world, the negotiation must succeed in spite of Burke, or the Montans could be facing extinction.