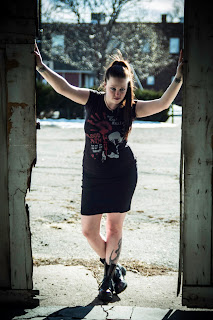 I’d like to say a few words (or paragraphs) about my world-building process. Mostly because attending college and reading books never really assisted me in the how-to of it all. My creative writing teachers wouldn’t allow for genre writing because eventually (depending on the genre) it would get too lengthy and time consuming. So I was stuck writing short-story fiction all through college. I’m not complaining, it was great exercise for my writing skills…and I mean great. I read some How to books on writing sci-fi/fantasy, but I didn’t feel like I understood the process any better. No one would show me or tell me how so I just went for it to see what would happen.

For someone who started writing before really being a writer, I have seen a universe grow leaps and bounds, and more often than not, it was out of my hands. I think it has actually been that way since the beginning it’s just taken me this long to realize it. When you are writing fantasy, you become the god of your universe. It took me ten years to realize this, but maybe because I just recently watched my fantasy universe double in size over the span of a small handful of revelations.

When I started my book, I was most certainly under the impression that I was starting at the beginning. It took me near to the end of the book to realize I’d entered my story midway to the end. How did this happen?! It happened because when I started, I didn’t know the world I had just arrived in. I was seeing it and learning it as the writing process took me on the adventure of a life time. Each new scene and each new character brought me closer to understanding the world I was navigating and the deeper I got, the more complex and solid it became.

I feel, as a reader, I always assumed the author knew exactly what he was doing and where he was going, but now I wonder if they came to long thoughtful pauses to realize the direction they wanted to go was no longer possible. The world begins to build itself and as long as you don’t resist it, it will continue to do so, faster and easier the more you let it go.

I’m not talking about some “ghost in the machine” or anything (unless you’re considering yourself the machine), your processor isn’t going to write the story for you. From my experience, I was following my characters around letting them do what they do when I had to stop and go, “Wait, but how? Wait, but why?” Those are the imperative questions of world-building and for storytelling in general. And those are the very questions that made me aware that I had started my story late in the game. There’s a lot of story that happened before, but lucky for me, stories can start wherever they damn well please. There’s still so much story to tell, but knowing and understanding the very origin will give you a stark advantage in laying down groundwork in the future of your world.

So obviously when you’re world-building, you’re not just telling a story about worlds and their pretty plants and their cool skies, but of the creatures who inhabit them. And any living, intelligent creature is going to have a history. History is an enormous part of the world-building process.
In my personal case, I had to work backwards to find my history and even then I barely started weaving it in before I ended my first book. I feel that having these holes (that were not yet obvious to the reader, but only to myself) actually helped my world grow because every time I filled another gap in the history of my story, my end story would also grow. Though, when I reached this moment and began asking and answering all of the questions in my characters’ histories I could feel my world expand and solidify to a frightening degree. Frightening and exciting. Motivations had more purpose and my characters’ mere existences took on a fresh light. 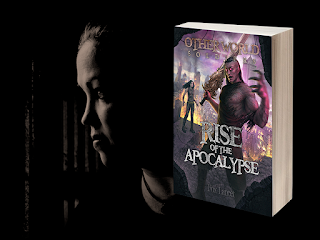 As much history as I have scribbled in endless notes and tapped away in a few lost chapters I have included very little of it in the first book. Instead, I was able to use it to my advantage to spur my second book onward. In fact, I was stuck with all of these floating chapters in my second book wondering how to piece them together and where the focus should lie until I started reaching back-in-time and figured out why the first book even took place. I asked myself, “How did these characters get to this point? Why did this all start the way it did?” See, there’s the big “how” and “why”. It truly opened many doors.

Just keep in mind, as you’re building your world, to pay close attention to the rules and logistics of it. If you stray too far from these things, it will no longer be very believable. Keep reminding yourself why a creature or character has certain properties (i.e. super strength, telepathy, invisibility) and if you want to give him another make sure you find a way to explain this to the reader (i.e. he comes from a particular race with these traits, he’s a cross between two races with these abilities). Same goes with any foreign world (if you’re not exploring an Earth world—I did a little bit of both). Ask yourself, “Is this possible on my world? How? And have I introduced this phenomenon yet? Does it need to be seen earlier so it doesn’t feel forced?” Some phenomenon can definitely just be, especially if it’s pertaining to another planet or fantastical species, just be careful they don’t start conflicting. In other words, be diligent in your writing and always make sure you can answer the hows and whys.

Maybe other writers sat down and outlined the history of some fantasy world before choosing where to begin, but I knew next to nothing about writing this genre when I began and fantasy has limitless possibilities. Every writer’s experience and process is going to be vastly different, why else would writers be writers? What fun would it be if there was a simple formula to writing a great fantasy tale (which there kind of is, but come on, how original can those stories really be)? The process should be as adventurous as the book, otherwise, I’d say, you’re doing it wrong. 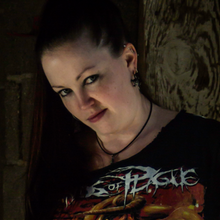 Fox Lancet is a metal head, lover of gory video games and an avid reader. She was born on the East coast, but has lived most of her life in Colorado where she resides now with her two cats and a laptop. She graduated from the University of Colorado Denver with a major in creative writing. This is Fox Lancet’s first book. 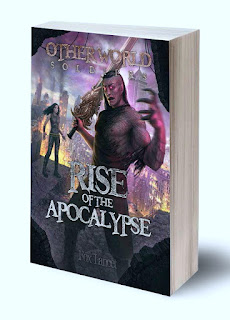 Otherworld Soldiers: Rise of the Apocalypse
by Fox Lancet

A woman who was never meant for the world she was born into.

An enemy seeking to stand in the path of a violently ravenous horde.

The Demon Lord must find a way to placate his Legions before they turn on each other. So when Lord Nefarion learns of the Otherworld, he stops at nothing to bring his legion to its gate and cross over. The Key must be found so that the Demons can keep control of this precious gate out of the hands of their enemy.

Meanwhile, the Seraphs will do anything to keep the Demons from their goal. Earth and its billions of humans cannot be allowed to fall victim to the savage bloodlust of Nefarion and his Legions, but they are outmatched. Only allies on this Otherworld can help, but can this equally blood-driven race be trusted?

Can either side locate the Key before the other and secure their access to this new battlefield? What happens when there is much more to it than any could have guessed?
Fox Lancet guest post urban fantasy