on December 14, 2015
The Earl of Brass, the first book of The Ingenious Mechanical Devices, was a surprisingly solid, well-written, and enjoyable read. With it, Kara Jorgensen successfully launched a Victorian science fiction adventure that really delivered on its premise, with plenty of room for a sequel 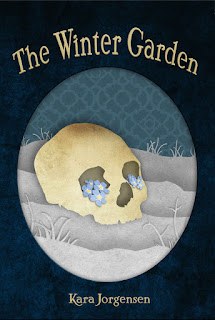 That sequel,The Winter Garden, takes us back to the Victorian era, but swaps out some of the steampunk elements for something more paranormal. While a few characters from the first book make appearances here, the protagonists shift to Emmeline, a once-dead spiritualist, and Immanuel, the young scholar who resurrected her. Hard to like but easy to admire, Emmeline is a young woman dealing with a lot of issues, not the least of which is her death. Immanuel is a far more likable, bookish young man, which makes it hard to watch as he suffers his own share of violence. As I mentioned, there is a definite shift towards the paranormal here, but the mystical obsession with the spirit world is completely in keeping with the era.

Once again, Jorgensen deftly weaves themes of gender, class, and sexuality into the tale, with Emmeline allowing for a little more feminism to slip into the story. Set against an era of awkward progress, both scientifically and sociologically, those themes fit very well. The story this time around also deals with themes of power, responsibility, and accountability, which serve to bridge science and society, bringing everything together. There's a lot of darkness, torture, pain, and death to the story, and it certainly weighs on the narrative, but it also serves to make for a very satisfying climax.

Narratively, it's just as strong a tale as the first, although some readers may be pleased to find it's not quite so wordy. Personally, I liked the heaviness of the original narrative, and felt it fit the times, but this is a more comfortable read. The frequent changes in point-of-view can be a bit jarring at times, but the characters are all strong enough and identifiable enough to make it work. The romance aspect developed rather quickly, but I found it natural that the characters would grasp at previously unthinkable attachments in the face of such suffering.