Science vs Superstition, Military vs Monsters by John F. Allen

on November 06, 2015
Science vs Superstition

Throughout the history of speculative fiction, there has been a correlation between Science and Superstition, most often as polar opposites. In this mindset, science is fact and superstition is fantasy and never the two shall meet. Science is proven from the collection of data through observation and experiment, and the formulation and testing of hypotheses. Whereas superstition is a disproven belief or practice resulting from ignorance, fear of the unknown, trust in magic or chance, or a false conception of causation.

Another mindset is that they are in fact one and the same. With this line of thought superstition (magic), is merely a form of science which isn’t fully understood at the time. Either way, superstition (magic) is stripped of its mysticism, wonder and otherworldly mystery, while it’s assimilated under the umbrella of science.

Both science and superstition (magic) are generally governed by laws and principles of how they operate and thus given restrictions and limitations within the confines of what knowledge is available at the time. It is in this way that both ideals share a key similarity.

In reference to writing within my literary universe, I subscribe to the former as the mindset of people in general and the latter as the reality. However, I don’t discount the role that faith plays in either science and/or superstition (magic). Despite what proponents of science may have you believe, they place at least a modicum of faith in science from the onset which is based on knowledge passed down from others and their own personal experiences. I will say that in science, as opposed to superstition (magic), some scientific concepts have been proven through experimentation and are accepted as factual.

With superstition (magic), faith is much more integral to the overall concept, as it has yet to be proven within the context of the scientific method. However to be fair, magic is relative to the scientific knowledge base of the individual(s). Take for example, modern technology of today compared with that from two hundred years ago. Inhabitants of that time period would marvel at the commonplace technology we take for granted on a daily basis. Also, some would be terrified and label it as magic because they would be unable to conceive the possibility of its existence.

With writing science and superstition (magic), it’s extremely important to establish rules on how things work within your literary universe. More often than not, science fiction becomes science fact if not entirely, at least to some degree in the future. Having the science used be grounded in what actually exists in the present, is important to suspend disbelief in the story. The same is of course true regarding superstition (magic), in that established rules grounded in some form of reality, will lend to the suspension of disbelief.

When pitting science against superstition (magic) it’s important to distinguish the advantages and disadvantages of both sides. What one lacks, could be an advantage to the other and vice versa. This would put both sides on a more equal footing and make it so that what determines who wins or loses are the wielders.

Personally, I utilize both science and superstition in my literary universe and while sometimes I play them as direct opposites, mostly they’re one and the same to some degree.

When writing stories where human military is pitted against monsters, I find that having the monsters be more physically imposing and/or technologically developed (as in the case of aliens), is key. This establishes the fact that the humans will have to fight that much harder to survive, let alone defeat their monster enemies.

Usually, the humans find a weakness which the monster(s) possesses and they exploit that in order to prevail. This almost always done to a “Hail Mary Effect” or last ditch effort. And, while this is certainly a way to go with a story, I choose to exploit human technology and perhaps advance it a bit from what actually exists in the real world at the time, to help them better combat their monster enemies.

Once the rules have been set, it’s up to the writer to decide which side are the “true” monsters. Humans can be portrayed as the monsters who want to take over an alien species or those who humans consider to be monsters traditionally. An example of this would be James Cameron’s Avatar.
In my writings, I’ve had instances where the humans have to band together, despite their prejudices and hatred, to defeat a common foe. However, I’ve also written stories where the humans are the “true” monsters of the tale. In either case, it all boils down to the weapons/technology of both sides and how they are used.

Thanks for reading and I hope that you’ve found this post to be thought provoking and insightful.

John F. Allen is an American writer born in Indianapolis, IN. He is a member of the Speculative Fiction Guild and the Indiana Writers Center. He began writing stories as early as the second grade and pursued all forms of writing at some point, throughout his career. John studied Liberal Arts at IUPUI with a focus in Creative Writing, received an honorable discharge from the United States Air Force and is a current member of the American Legion. John’s debut novel, The God Killers was published in 2013 by Seventh Star Press.

John currently resides in Indianapolis, Indiana with his wife, son and daughter. 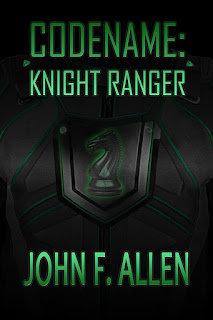 Captain Alexandre Cornelius “Neal” Du Bois is a US Army Ranger and decorated war hero. When his unit is ambushed by supernatural hostile forces while in Afghanistan, only Neal survives. When he wakes up in a secret government facility, Neal discovers that his whole life has changed forever.

A shadowy government agent named Elijah Bishop arranges for Neal’s brain to be transplanted, without his permission, into a bio-engineered body capable of amazing feats. Armed with advanced body armor and weaponry, he becomes the epitome of the Ultra Soldier.

To protect his family and those closest to him, he must let the world and everyone he loves believe he is dead. With assistance from Dr. Avery Clarkson–the scientist responsible for his new body–Neal reluctantly utilizes his superhuman abilities to work for Bishop and his organization called G.E.N.E.S.I.S. (Global Espionage Network of Elite Supernatural Intelligence and Surveillance), in order to track down those responsible for the slaughter of his unit and keep the world safe from supernatural terrorist forces. 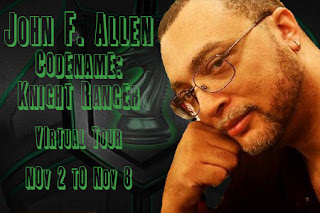