Stacking The Shelves and Mailbox Monday are a pair of weekly memes that are about sharing the books that came your way over the past week, and which you've added to your shelves - whether they be physical or virtual, borrowed or bought, or for pleasure or review.

The Bazaar of Bad Dreams by Stephen King

A generous collection of stories, several of them brand-new, featuring revelatory autobiographical comments on when, why, and how he came to write (or rewrite) each story.


Shadows of Self by Brandon Sanderson
The second spinoff of his Mistborn books, set after the action of the trilogy, in a period corresponding to late 19th-century America where the original heroes are now figures of myth and legend.

Steal the Sky by Megan E. O'Keefe
Detan Honding and his trusted companion Tibs have set their sights on their biggest heist yet - the gorgeous airship of the exiled commodore Thratia, but when a doppel starts murdering key members of the government, they find themselves in the middle of a revolution and a crusade.

Celebrated author Peter Straub's mastery of the short form shines in this wide-ranging collection of his most chilling, intense, and compelling tales from the past twenty-five years.

Choose Your Own Misery: The Office Adventure by Mike MacDonald & Jilly Gagnon

A modern-day tale of woe where there are countless "options," but they rarely end well. It's okay, though. A life of adventure would require so many uncomfortable sleeping situations. Besides, you have dental. Keep reminding yourself about the dental.


I'm largely caught up on my release date reviews, with not a lot of new fiction on the calendar for Nov/Dec, so I'm diving into the finalists of Mark Lawrence's Great Self-Published Fantasy Blog-off. I'll be posting the reviews as I go, so here's hoping I can celebrate some awesome reads over the coming weeks. 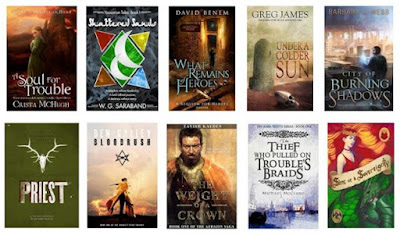 What's topping your shelves this week?
fantasy horror humour Mailbox Monday Stacking The Shelves steampunk What Are You Reading? 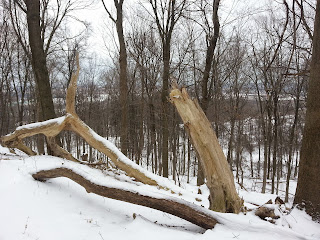