Horror Review: The Weight of Chains by Lesley Conner 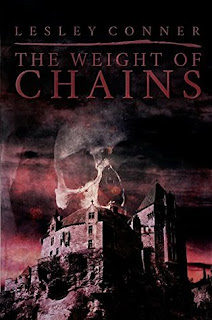 Predating Elizabeth Báthory by more than a century, Gilles de Rais is one of history's most infamous serial killers.


Interesting Halloween themed note, Cradle of Filth has recorded an album about each, dedicating Cruelty and the Beast to Bathory, and Godspeed on the Devil's Thunder to de Rais. Not really relevant here,but 'tis the spooky season!

Here is a man who fought alongside Joan of Arc, but who is remembered not for his heroism or his valor, but instead for the hundreds of children he tortured to death out of lust and greed. Apparently, Joan's morality didn't really rub off.

In real life, his experiments at summoning a demon failed miserably, and he was executed a poor man . . . but with The Weight of Chains, Lesley Conner takes his story to an even darker place, envisioning a history where demons could indeed be summoned with the blood of innocents, and where Gilles de Rais gets just what he deserves.

This is an relentlessly dark and depressing tale, full of terror, tragedy, and even a touch of titillation. Conner does a remarkable job of driving home the reality of life in 15th century France, with landowners selling peasant families to one another, young women being sold into loveless marriages, and young men finding themselves little more than expendable resources for their lords. There's a very real sense of sorrow and horror to the world she presents, so much so that the torture of children and acts of human sacrifice are somewhat dulled in comparison.

Gilles de Rais, his sadomasochistic assistant Poitou, and his surprisingly successful wizard Prelati are despicable, deplorable men, but they are characters with real depth. They're almost tragic in their methods and their motives, with Poitou a man you hate yourself for sometimes feeling a little sympathy towards him, but they're genuine in their flaws. Jeanetta is perhaps the most tragic (and most heroic) character in the novel, a young woman force to grow up far too quickly, and it's her sincerity and compassion that keep the story from descending too deep into depravity.

This is not a shock-and-terror sort of horror novel, but one of dread and disgust. It's also a rather elegant story, slowly paced, with a lot of banalities surrounding medieval peasant life. Rather than picking her moments to grasp the reader by the throat, Conner gets her fingers around us early on . . . and then just continues to squeeze tighter and tighter. The Weight of Chains is not for everyone, and will probably compel more than a few readers to abandon it - not because of Conner's talent as a storyteller, but because of the horrifying reality of the story she has chosen to tell. Yes, she embellishes some aspects, and she takes a few liberties with the characters, but facts are facts, and the fact here is that Gilles de Rais (and men like him) is a monster.


Disclaimer: I received a complimentary ARC of this title from the publisher in exchange for review consideration.This does not in any way affect the honesty or sincerity of my honest review.