The first round of the Great Self-Published Fantasy Blog-off has been an interesting experience, and given me new-found appreciation for the job of an editor or agent. It really is a job and, as such, you go into it with a completely different approach than you might as a reader (or even as a reviewer). It's a volume business, with deadlines attached, and you're far more cognizant of the technical aspects because you're reading for a wider audience than just yourself.

Before I announce my First Round Champion, please allow me a moment to say a few words about my four finalists:


Selecting just one of these titles to be my Champion was tough. I put on that editor/agent hat, looked at each title from a commercial perspective, and tried to gauge which has the greatest success of embracing the widest possible audience.

That narrowed it down from two titles, from which I just had to go with my gut and trust my first impressions.

So, without further ado, my First Round Champion is . . . 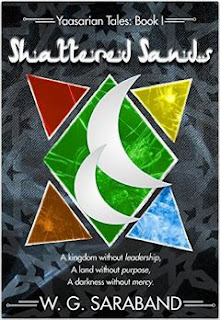