Interview with Cat Rambo (author of The Beasts of Tabat) 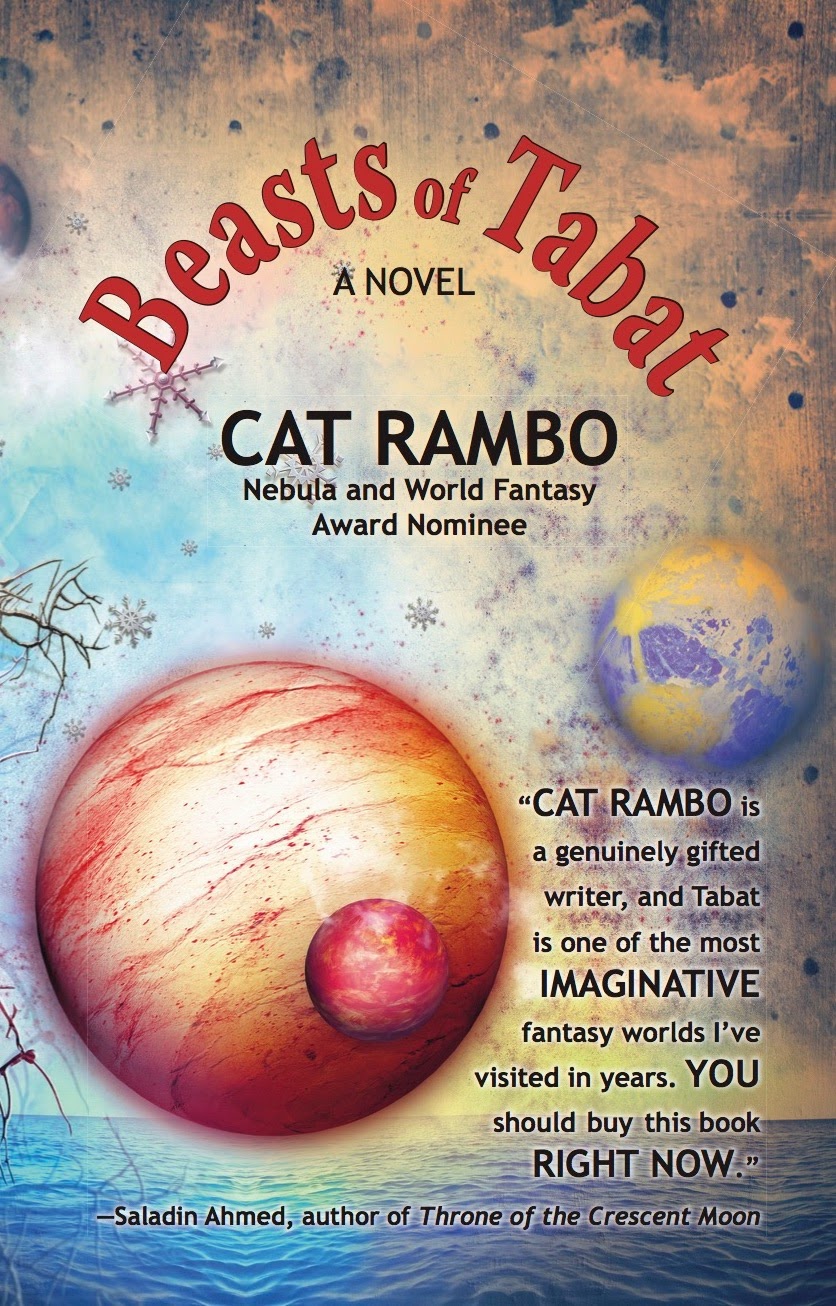 Joining us in the Ruins this morning is Cat Rambo, fantasy and science fiction author, and guest editor of the recent Women Destroy Fantasy issue of Fantasy Magazine. While she has over 170 pieces of fiction under her belt,  The Beasts of Tabat is her debut novel.

Q: Thanks for taking the time to stop and join us in the Ruins, Cat. For those who haven't yet come across one of your stories (as hard as that may be to believe), please tell us a little about yourself and what we can expect.

I am a writer who has primarily worked in short stories up till now, ranging from fantasy to science fiction and occasionally outside the speculative genre. I come out of a literary background and sometimes that shows up in my stories, which are influenced not just by the speculative authors writing before me, but also authors like O. Henry and Geoffrey Chaucer.

Q: With over 170 short pieces of fiction under your belt, not to mention some editorial duties, what compelled you to shift to a full-length novel with The Beasts of Tabat?

I’ve been working on the book all through that, actually. I am a fairly prolific writer, and some of the daily word count has been on Beasts, although sometimes much earlier versions.

Q: Tabat has certainly had an interesting evolution, from an online game concept, to a proposed MUD, to short stories, and now to a novel. Do you have any regrets that the gaming element never came to pass, or are you glad it brought you to the novel stage?

I have mixed feelings. One of the joys of creating a game, particularly a MUD, is that you’re creating a stage setting for other people’s stories, and it’s fun to see those play out. At the same time, that’s a process that is a bit fraught, because sometimes your idea and the players’ ideas may be at odds.
I’m happy that Tabat is mine in a way that I am not sure it would be if it had first appeared in game form. I’m sorry not to have seen what might have come through that collaboration.

Q: Was it a completely different writing experience working through a novel, or really the same process, just longer?

It is a very different process, because there is so much to hold in your head. You go back to drafts and rediscover things, realize that things from one part tie into another (or worse, collide and create problems that will need to be fixed).

Q: Sometimes, characters can take on a life of their own, pulling the story in directions you hadn't originally anticipated. Given that it's had such an evolution, were there any twists or turns in the writing of The Beasts of Tabat that surprised you, or really challenged your original plans for the story?

Sure! In fact, an early draft took place entirely inside the Brides of Steel, the gladiatorial school featured in the book, and centered on two entirely different characters. And then at some point, one of the instructors, Bella Kanto emerged, and insisted that it was her story. And so it was.

Q: Coming on the heels of a bit of a shake-up, after more than a year of controversies, you were appointed Vice President of the SFWA back in 2014, and are currently running for President. Without opening old wounds, what goals or plans for the future prompted you taking on such a role?

I have projects I’d like to see followed through and implemented in SFWA, quite simply, so I’m sticking around to get them finished up. Admitting indie published people was a goal; now I want to see them getting incorporated into the organization in a way beneficial to all.

Q: You have, of course, been nominated for the Endeavor, Nebula, and World Fantasy Award. Compared to reader reactions, how much of an impact do award nominations have on you or your writing?

Well, they’re very cool when they happen, but I know better than to count on them. You can look at ballots over the years and while some excellent stuff has won well-deserved awards, there’s also some stuff that got onto ballots because the author was a good networker.

At the same time, they’re sort of like distilled reader reactions, aren’t they? In that they mean that a bunch of people cared enough to vote?

Q: Speaking of distilled reader reactions, what is the strangest or most surprising reaction to your work that you've encountered to -date?

The guy who ranted in a blog comment about how all women were the same and we were wrong in “saying such things,” which was all presumably in answer to a story clip I’d posted, but might just have been random lunacy.

Q: Ouch. That's atrocious. To turn from pen to page for a moment, is there a particular author who has influenced or inspired your writing over the years? Somebody who either made you want to write in the first place, or who just refreshes your literary batteries?

Dorothy Dunnett is one. I came across her works maybe a decade ago and I’ve done repeated rereads, just because they are so beautifully put together. Gorgeous sensory stuff, marvelous subtleties of dialogue and behavior, rich historical details.

Q: Before we let you go, what can we look forward to from you next? Will we see Hearts of Tabat next, or is there something completely different on the horizon?

Yep, Hearts of Tabat! I’m about 60 thousand words into it now and happy that I’m on target to see it turned in this summer and released this fall.

Fantastic news - thanks for stopping by, Cat! 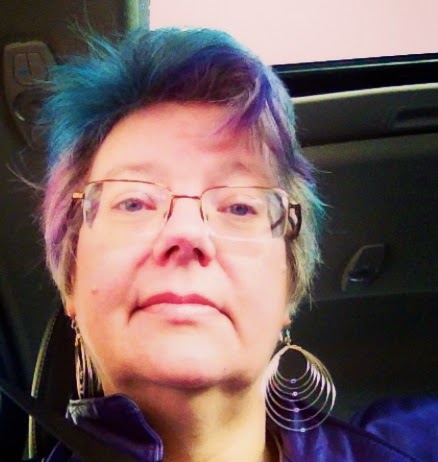 Cat Rambo writes and reads by the shore of an eagle-haunted lake in the Pacific Northwest. Her 150+ original fiction publications include appearances in Asimov’s, Weird Tales, and Tor.com. She has been nominated for the Endeavor, Nebula, and World Fantasy Award, and is the current Vice President of the Science Fiction and Fantasy Writers of America.

When countryboy Teo arrives in the coastal city of Tabat, he finds it a hostile place, particularly to a boy hiding an enormous secret.  It’s also a city in turmoil, thanks to an ancient accord to change governments and the rising demands of Beasts, the Unicorns, Dryads, Minotaurs and other magical creature on whose labor and bodies Tabat depends. And worst of all, it’s a city dedicated to killing Shifters, the race whose blood Teo bears.

When his fate becomes woven with that of Tabat’s most famous gladiator, Bella Kanto, his existence becomes even more imperiled. Kanto’s magical battle determines the weather each year, and the wealthy merchants are tired of the long winters she’s brought.  Can Teo and Bella save each other from the plots that are closing in on them from all sides?
Cat Rambo interview sci-fi