Waiting on Wednesday: The Grace of Kings by Ken Liu

on March 18, 2015
"Waiting On" Wednesday is a weekly event, hosted by Jill over at Breaking the Spine, that spotlights upcoming releases that we're eagerly anticipating. 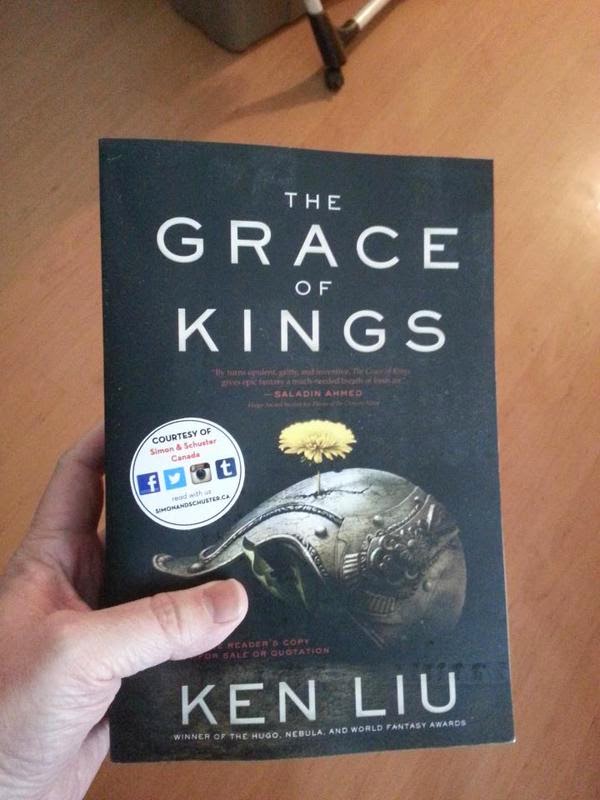 Two men rebel together against tyranny—and then become rivals—in this first sweeping book of an epic fantasy series from Ken Liu, recipient of Hugo, Nebula, and World Fantasy awards.

Wily, charming Kuni Garu, a bandit, and stern, fearless Mata Zyndu, the son of a deposed duke, seem like polar opposites. Yet, in the uprising against the emperor, the two quickly become the best of friends after a series of adventures fighting against vast conscripted armies, silk-draped airships, and shapeshifting gods. Once the emperor has been overthrown, however, they each find themselves the leader of separate factions—two sides with very different ideas about how the world should be run and the meaning of justice.

Fans of intrigue, intimate plots, and action will find a new series to embrace in the Dandelion Dynasty.


I've had my eye on this for a while, and it just so happens that after a 3 year dry spell (really, I was beginning to wonder if anybody won those things!), I finally won myself a Goodreads giveaway. Thanks to the good folks at Simon & Schuster Canada, my copy arrived in the mail yesterday, so I'm all set for the read.
epic fantasy Ken Liu suvudu Waiting On Wednesday