Horror Review: The Wolf at His Door by Adrian Lilly 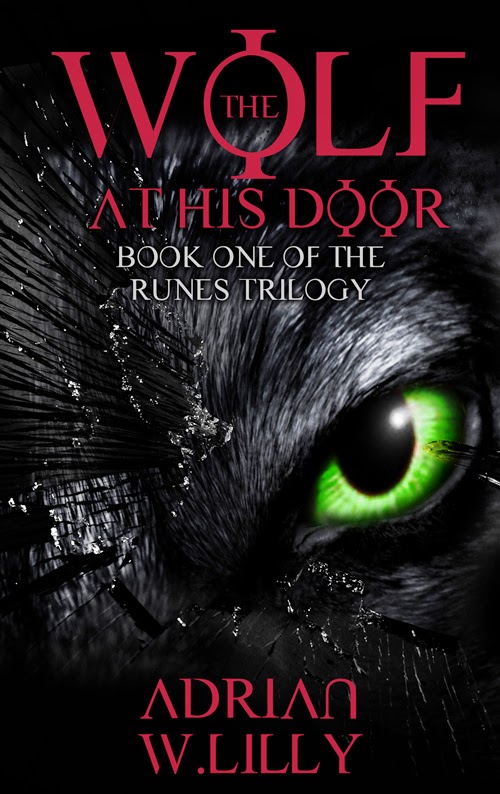 As opening scenes go, The Wolf at His Door has one hell of a kick-ass means of dragging us, kicking and screaming, into the story. It all begins with a flashback to a pregnant mother, suffering from both physical and emotional distress, convinced that something is terribly wrong with her unborn child. It's a chilling scene, and one in which this woman attempts some unspeakable acts in an attempt to end the life eating her alive from the inside.

I thought I knew what to expect from Adrian Lilly's pitch, but was excited to discover that this is a full-on, hardcore horror novel - with a strong undercurrent of mystery. It goes to some very dark places, and takes some exceptionally violent roads to get there. Werewolves are often wasted in the genre, used to symbolize some sort of internal struggle, but Lilly lets the wild side of the monsters loose. They are allowed to be monstrous here, to be wild and fearsome, with matted fur and bloody fangs contributing to the carnage.

Similarly, where I expected the gay romance to be more of a factor here, with a strong connection between coming out as either gay or wolf, it's less of a plot device and more of a character element. Lilly doesn't devote a lot of attention to building up the romance, and simply drops the sexuality angle into the story, with no time wasted on big revelations. Alec and Jared are friends who happen to be gay, but it's their friendship that's central to the story, not the romance.

If I were to have one complaint about the novel, it's that the characters don't always make a lot of sense, and fall prey to poor decisions again and again. There were numerous instances where I thought they were slow to react, or where I felt their response to the horror and carnage around them was somewhat muted. It's a shame, because the story itself is strong, and the horror element is fantastic, and I think stronger character reactions would have really helped to sell the fear.

With The Wolf at His Door being the first book of a trilogy, there's a lot of world-building and mythology that's hinted at, but not yet fully developed, and that's a bit of a frustration. The plot is both deep and complex, with some creative twists (including those not yet fully revealed), while the gruesome scenes are superb, especially when contrasted against the few romantic/erotic elements. You can sense this larger story beneath it all, though, one that has much larger implications than just a family struggle, but it seems we'll have to wait for the next two books to have it fully developed. What is here, however, is interesting enough to make me want to keep reading, and that's about all you can ask for the opening stanza to a larger tale.