This week we're once again turning the WTF keys over to Donald, who reviews the latest from an author we've reviewed more than once here in the ruins . . . 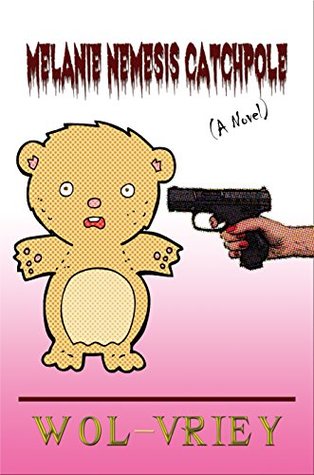 Teddy Bears used to be to cuddly. The Fixer has made his own creations, and they are some kind of magical - everyone wants to their their hands on one. Wol-vriey has done it again in his alter-(Massachusetts)"Bizarro" world with Melanie Nemesis Catchpole.

Hired to hunt down the bear, Melanie Catchpole (in the mind of Nigerian man) takes a walk through an alternate Springfield, Ma. Strange sexual acts, creatures, the Chameleon Sisters, and death scenes to be added to the "six millions way to die" bible. This is one of the strongest ones from Wol-vriey, and I still haven't read his debut. A must read for Bizarro fans (or the person looking for something different).

As for Lois and Vera Smith, the Chameleon Sisters. I need to read more of these girls!!! *Great Character Building*

Here is a little taste by way of a quote [Caution: may be a spoiler for some - just highlight to reveal the text]"

"The next instant her vision went black as acid corroded away both her eyes in their sockets. Completely blinded, she next felty it peel the skin off her face, eat up her facial muscles."