Another exciting Women in Horror Month stop in the ruins today, featuring an author I had the chance to review last week as part of WTF Friday. In hindsight, if I'd realized what was in store for February, I likely would have held the review off just a few days!

So, without further ado, please allow me to introduce you to Ren Thompson, author of the "horror / zombies / lesbian novel" Dead Heat.

Hello, everyone! Ren Thompson here, and I’m at Beauty in Ruins today to share a little about my novel Dead Heat, which was recently reviewed here by my gracious host, Bob. I hope you enjoy the post and stick around for the giveaway at the end! 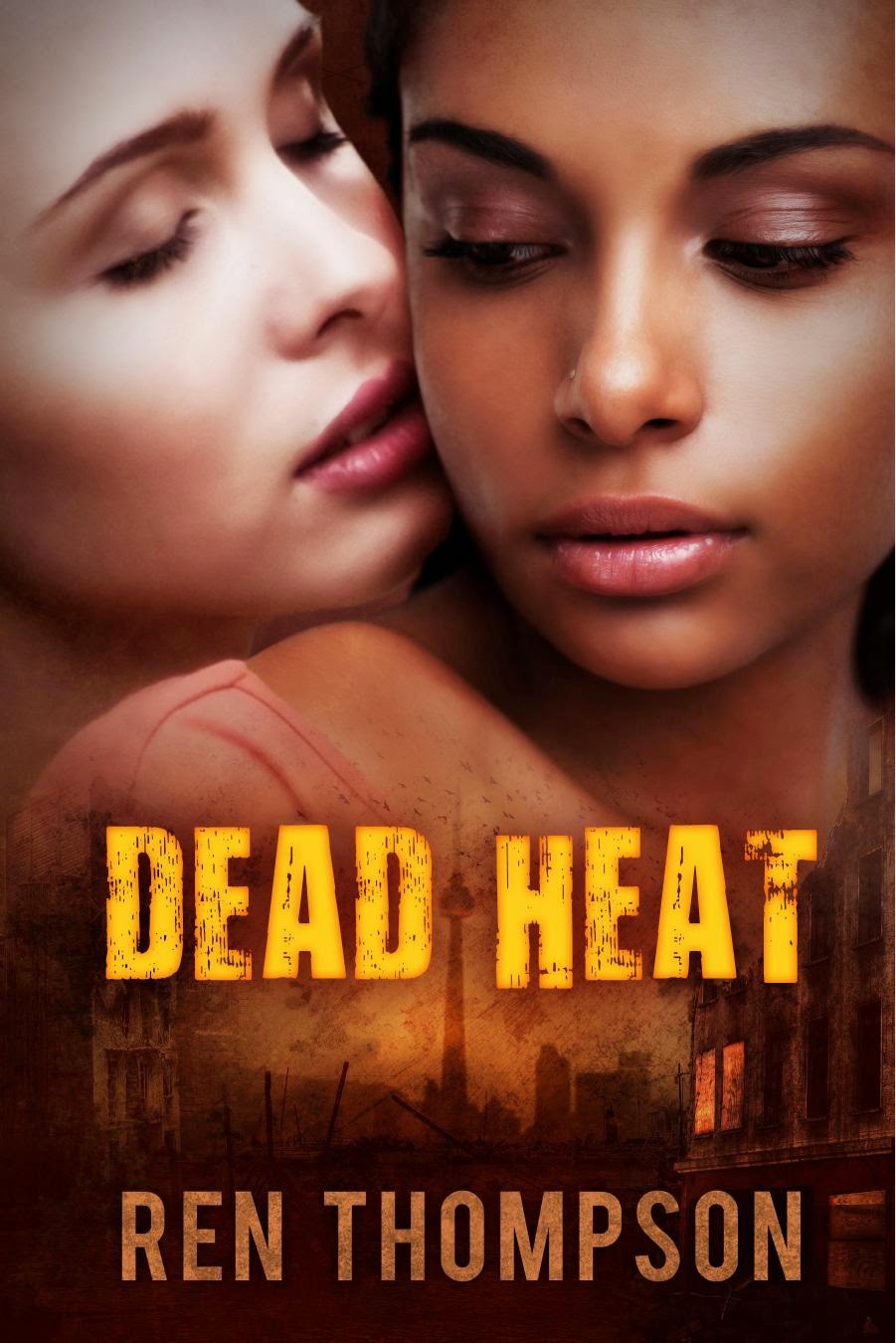 Dead Heat came about through a writing group project. One of the authors had this idea for a series featuring Lesbians, college, music, and zombies. Of course, I honed in on the zombie part. While I’m not one to actively watch horror movies, I can sit and do a zombie movie marathon in a whole weekend. Stuff like The Grudge? Forget it. The Hills Have Eyes? Not happening. House of a Thousand Corpses? I don’t think so. The first season of American Horror Story permanently numbed my brain. The previews for the second season effectively killed any curiosity I might have had about it. The show is way too demented for me. The hubs and the progeny devour them with glee, while I’m usually hidden away in another room, watching Harry Potter or Pride & Prejudice.

As much as I liked zombie movies, I found that writing a story with them wasn’t as easy as I thought. I mean, sure, you can reference your standard Romero zombies, or the maniac ones that ran up the walls in World War Z, but what about the people who were trying to live a somewhat normal life? How do I create that new reality for them? My answer was rather simple: you just do.

Now let me put this disclaimer out there. My answer is not The Answer. I do not, repeat, do not consider myself the All-Knowing guru of writing horror (I’ll leave that to Stephen King). It’s just that I’d found what worked best for me.

Stories about women in love during desperate times has, no doubt, been done before, and I think I did all right in that department. It also helps to have sex scenes that are very hot, sticky, and laced with tenderness. This is not to say that it wasn’t hard to do, because it was. I needed to craft a relationship that could possibly go the distance in the midst of the chaos of realistic lives and to make sure that my characters weren’t victims of stereotypical tropes.

My protagonist, Dana, is as flawed as the day is long. There were complaints when I first started on the piece that she wasn’t womanly enough or not butch at all but I say, piss on all of that. In the world that I built, shrinking violets and the TSTL (too-stupid-to-live) kinds of women needed not apply.

Writing the horror aspect of my story, however, was another thing altogether. I wanted to go for brutal, to push past that whole “should I or shouldn’t I?” debate with myself. It was either go big or go home. Yeah, I wasn’t going home any time soon.

Riding around the city on the streetcars helped with my worldbuilding. Toronto, voted the best city to live in, doesn’t bring to mind a place where zombies could run amok. But could they?

I rode through Chinatown, Little Italy, out to Roncesvalle, and along Queen Street. I roamed through Kensington Market, The Beach, and all around Scarborough. Seeing the different neighbourhoods, especially at night, helped fuel my imagination. Old buildings, warm and welcoming during the day, would take on a more sinister feel after dark. Walking under a bridge at night after missing the last bus can cause the heart beat a little faster, especially when you see someone walking towards you.

When I would take the train home from downtown, I’d walk to the end of the subway platform and take pictures of the tunnels, the tracks, and whatever else I could see. If I’d thought I wouldn’t get arrested, I would’ve nipped down the side stairs, just to see what else was in there and snapped a few more pics. I wouldn’t have gone far, but I’m pretty sure the arresting officer wouldn’t have bothered to listen to my explanations. Instead, I made notes, got home, did some research online, and wrote some more.

On a side note, while researching some of the grittier aspects of my story, there are some things online that, once seen, cannot be unseen. Proceed with caution. A LOT of caution. And a good glass of wine.

I’m probably dating myself here but there’s a movie from the seventies called “Looking for Mr. Goodbar”. I don’t recall the whole movie, just the last scene of the main character being murdered. (Spoiler Alert! Sorry!) As she is gasping for her last breaths, her image kept flickering in and out until the screen went black. For some reason, that has stayed with me, and even though you can’t find that movie anywhere on dvd, that particular scene helped me work through a nasty part of the book. I can’t explain how something so gruesome and heinous helped, but it did.

After I had a friend read a few pages, she asked me if I was okay. I burst out laughing and asked why. She’d been concerned about the content and wanted to make sure that I didn’t need counselling. I don’t know if she was serious or not, but believe me, I took it as an encouraging sign. Was Dead Heat that disturbing? I had a few other people read it as well, and the opinion was the same: I was either sick or I had lost my mind. Can I tell you how loud I laughed about that? My mom actually told me that she doesn’t understand what goes through my head sometimes. I thanked her for that.

Thank you, Mr. Milne for having me here today and for giving Dead Heat a boost.


GIVEAWAY: And for those of you who stuck it out to the end, leave a comment on this post with your e-mail address and your most memorable horror scene. It can be fiction, television, movies, you name it! Just share a quick note about the scene for your chance to win an e-book copy of Dead Heat! And be sure to include that e-mail address so the fine people at Storm Moon Press can contact you if you win!