Fantasy Review: The Ashes of Orum by John Grover 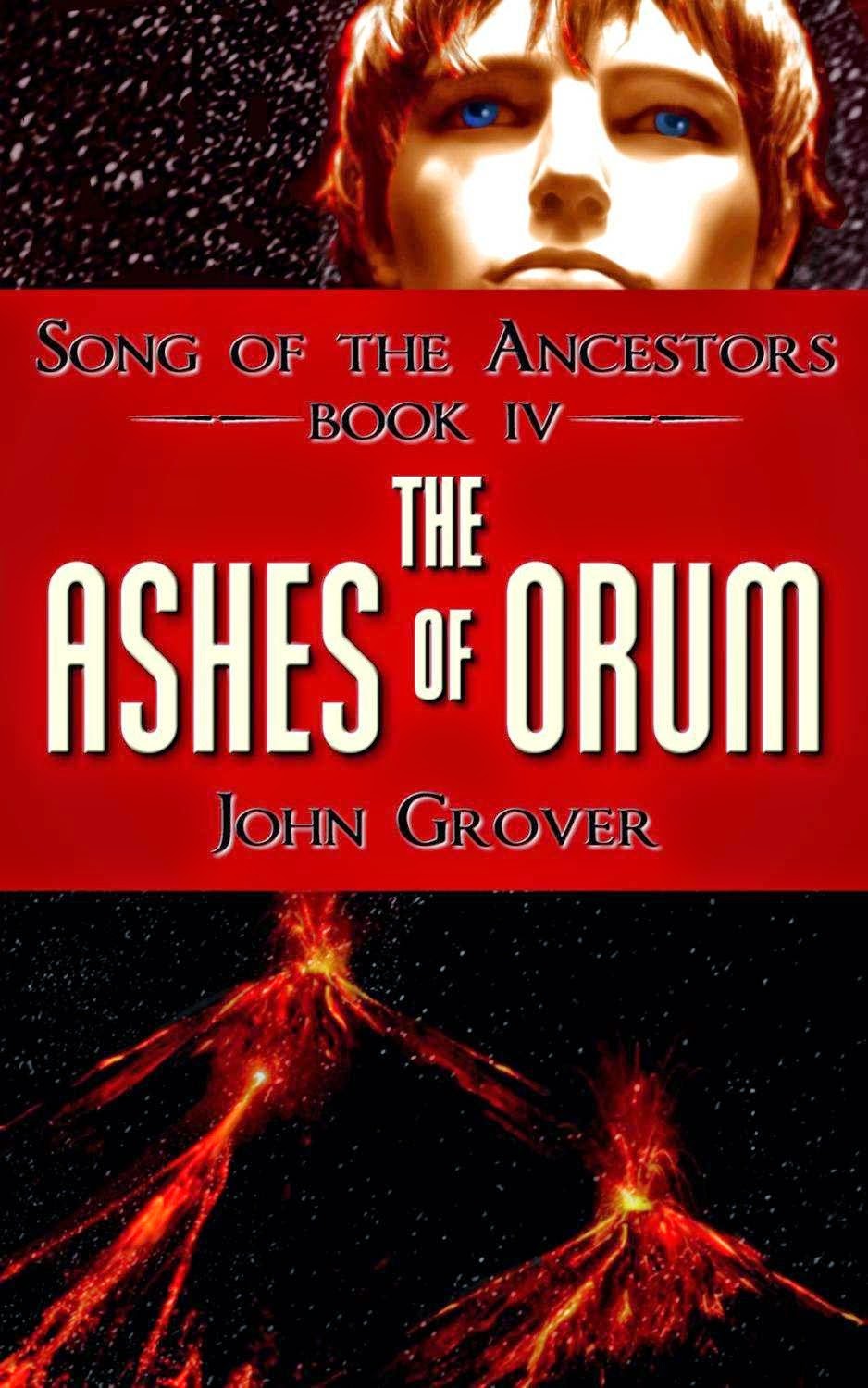 For his fourth (and final) book in the Song of the Ancestors, John Grover mixes things up a bit and delivers a three-part tale that really delves into the history of his world, while exploring the consequences of all that has gone on before.

The Ashes of Orum opens on a surprising, but entirely welcome, note. Rather than picking things up right where Ballad of the Fallen left off, Grover takes us back to the origins of his world with a story that has that feel of classical mythology or epic fable. It feels like a storyteller's story, but that's perfect for the tale he's spinning. We get to see how the races were born, what conflicts tore them apart, and what led to the humans departing their world. If I were to have one complaint, it's that humanity seems to evolve (in terms of civilization) at an accelerated pace, but the power of myth and magic keep that from being a serious stumbling block.

It's only after that extended introduction that we catch up with the heroic survivors of the last book, and (more importantly) their children. This is a sort of next generation story that does a nice job of both passing the torch and of retiring the original heroes. There is a coming of age (and coming into one's power) aspect to the tale, but that's not the only focus. What Grover does here that's really exciting is take us back to the events of Web of the Spider Queen and explore some of the forgotten consequences of the acts of heroism and terrorism in that first book. To say much more would be to get into spoiler territory, but it's a fantastic way of bringing the series full circle without resulting to any sort of cheats or implausible twists.

The final part of the tale takes us into a full-on, epic, catastrophic fantasy war for survival. There are some fantastic battle sequences, some truly horrific monsters, and acts of magic that are as imaginative as they are visually stunning. As he's always done in the past, Grover pushes his heroes to the very brink, putting them in legitimate peril and making the reader honestly wonder who and what might survive. There is a final twist at the end that I fully expected, but it leads into a climactic resolution that's more than strong enough to justify it.

If you're a fan of Song of the Ancestors, then you'll find The Ashes of Orum an entirely satisfying conclusion, If you've yet to give it a read, and you have some change to spare, go back and check out Web of the Spider Queen - at less than a buck, it's a steal.