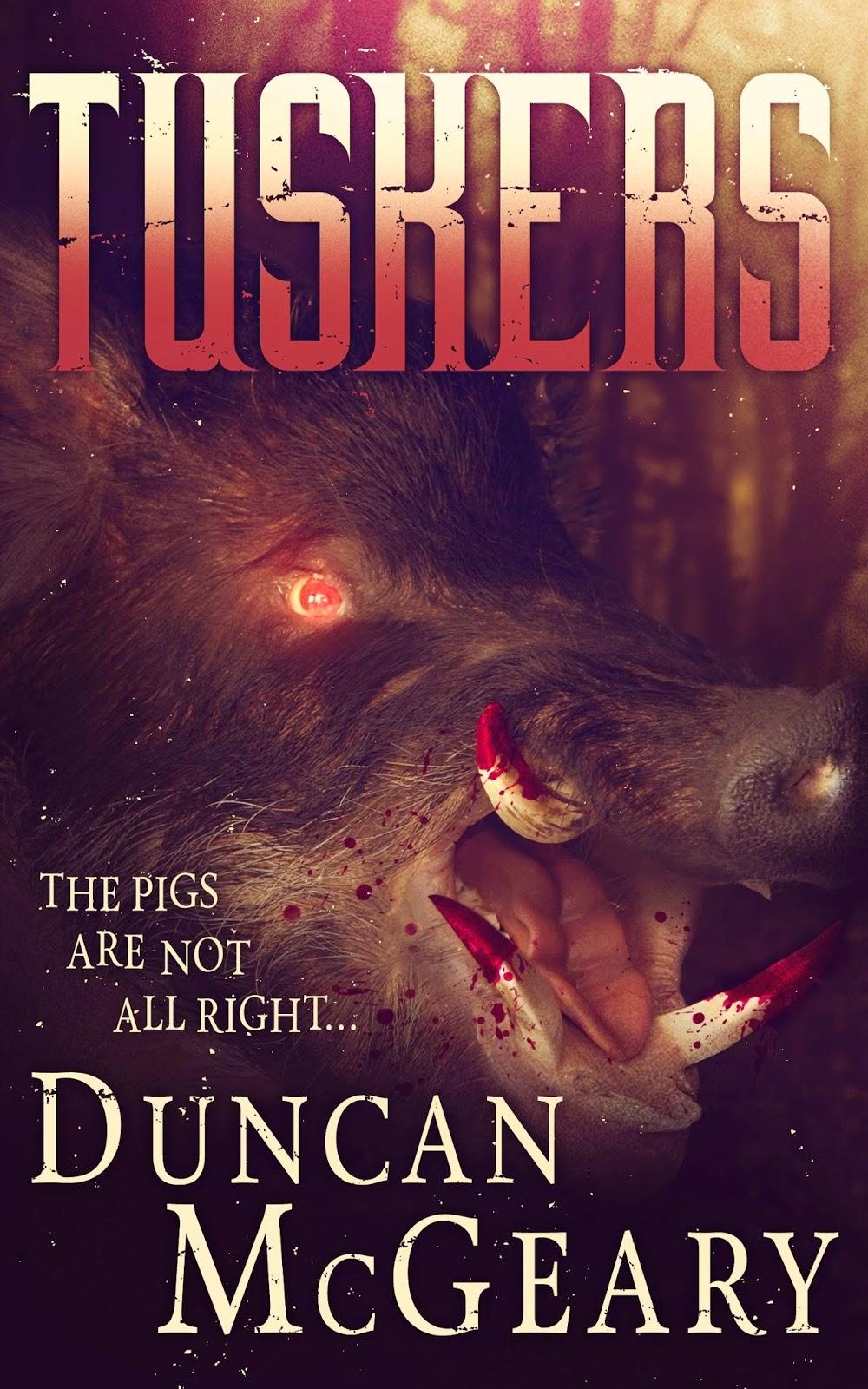 With their November acquisition of Angelic Knight Press, Ragnarok Publications will be adding a little horror to the shelves in 2015 - and Tuskers by Duncan McGeary is their first release out of those dark, crooked, vine-encrusted gates.

The story begins with complaints of javelinas (wild pigs) destroying yards, killing pets, and generally making a nuisance of themselves. The local animal control officer not only dismisses the complaints, but rudely suggests that people just learn to get along with nature, since nature was there first. Great advice, but he probably should have given the javelinas the same speech before they disabled his truck, hobbled him with their tusks, and then devoured him in a frenzy of blood and gore.

McGeary plays the truth close to his chest for the first part of the novel, leaving the reader to wonder just how much of the pigs' super-intelligent, hyper-violent nature is simply the product of small town imagination. Had he stuck with that approach, this would have been a typical horror story of wild animals run amok. It's when he drops a chapter on us from the lead javelinas' perspective, letting us inside their heads, that things shift significantly, and we begin to appreciate the horror of nature striking back. It's an approach that heightens the monstrous nature of the beasts, but which also forces us to feel a little sympathy for their plight.

As for the javelinas, I initially scoffed at the idea of wild pigs as a monster, but they turn out to be quite terrifying. These fat, hairy, sharp-tusked, stinking hogs lay siege to an entire town, targeting individuals, and cleverly cutting off their prey from any sort of communication or outside help. Fortunately, McGeary doesn't just make this about the monsters. He also populates the small town with an ex-sheriff who has resigned herself to a life of online dating, a smart young couple living atop a grocery store, a rich old man who has been smart enough to see the trouble brewing, and a retired couple who find new strength in one another.

Tuskers is a fast-paced, wild ride that gets going right on page one and then races towards a suitably huge climax. It's the first of a three book series, so don't expect too tidy of an ending, but it does work very well as a self-contained story.