on January 17, 2015
A busy week in the Ruins this time around, with some very exciting posts:

Our giveaway of Kushiel's Dart ends Sunday at midnight, so you still have time so snag a copy of the new trade paperback re-release.

After being so good, so diligent, and so strong, I completely fell of the wagon this week when it comes to my book addiction. New titles on the review front that I just couldn't resist include:

• Ours Is the Storm by D. Thourson Palmer (an exciting new fantasy about a prophesied heir who doesn't realize the prophecy is a lie)

• Three Strikes and You're Dead by Michael A. Draper (a baseball thriller sounds just about perfect this time of year)

On the pleasure reading front, I also snagged a pair of titles from a used charity book sale:

• 77 Shadow Street by Dean Koontz (it's been a long while since one of his novels caught my eye, but I love the idea of a luxury apartment building plagued by "madness, suicide, mass murder, and whispers of things far worse")

• The Tiger Warrior by David Gibbins (it's not often I stumble across a Jack Howard adventure in paperback, so I'm excited to catch up with one of his older adventures, involving "an artifact that might have been better left buried")

• Dispatch by Bentley Little (I'm always up for a new Bentley Little read, and I love the idea of a man with a gift for writing letters that get results . . . leading to a job that consumes his very soul) 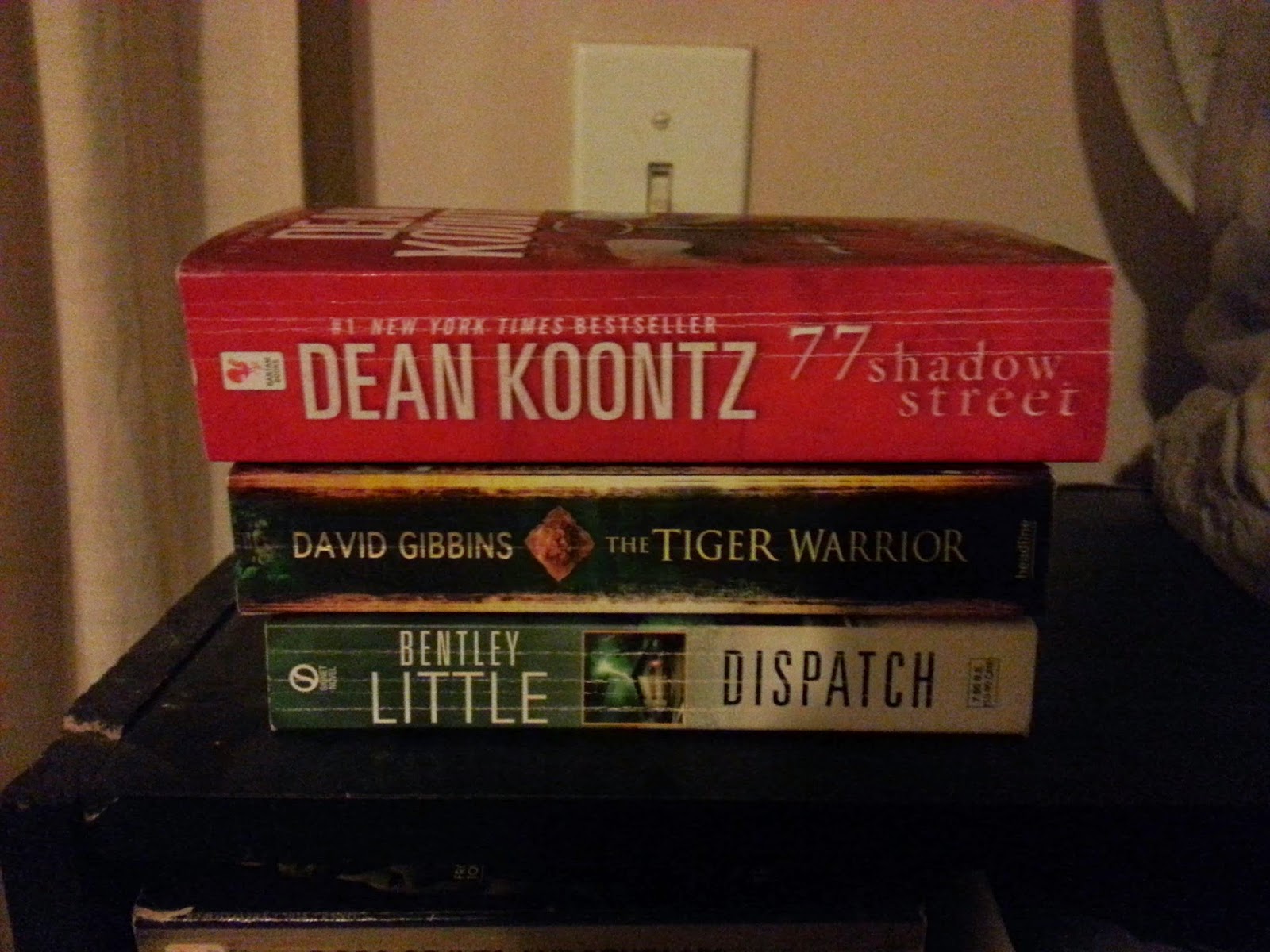 
• Dark Intelligence by Neal Asher
A man brought back from the dead, an alien war, a rogue AI, and a mob queen turning part AI, and a desperate hunt for revenge.

• Wrapped in Plastic: Twin Peaks by Andy Burns
An exploration of the groundbreaking stylistic and storytelling methods that made Twin Peaks one of the most influential shows of the past quarter-century.

What's topping your shelves this week?
fantasy giveaway horror Mailbox Monday sci-fi Stacking The Shelves suvudu What Are You Reading?