This week's WTF Friday reads are a little fuzzy, a little furry, and just a tad bit freaky.

A Fox's Love (the first American Kitsune book) started out quirky, teased us with a little fetish fuel, and then hit the WTF target during the final few chapters. Brandon Varnell is to be commended for successfully translating Shōnen manga to a very Western style narrative, all without losing any of the fun or sacrificing the storytelling itself. He could have taken it a lot further, but that flirtation is part of its charm, and that constant temptation looms large over the entire story.

Initially, I found it an awkward read, but only because I was expecting something wholly Western. Instead, Varnell plays with the physical conventions of manga storytelling, constantly breaking down the fourth wall, speaking to the reader, and peppering the tale with abrupt scene fades and embarrassed bridges. What starts as annoying soon becomes cute, and eventually reveals itself to be quite clever.

As for what it's about? Well, you have a shy, lonely young man who rescues a wounded fox, despite his landlord's prohibition on pets. All is good, until she begins demonstrating remarkable healing powers, and eventually transforms into her human form (complete with twin tails). It's a furry lover's fantasy come true, but no matter how much she tries to please and delight poor Kevin, he's too shy and proper to allow her to get beyond first base. Having an oversexed Kitsune in his life isn't easy, but it does have its advantages - especially when the school bully turns out to be something more than human himself.

It's a lighthearted tale that never takes itself too seriously, and which demonstrates an sincere love for all things furry and manga. The story itself likely won't come across as very original to anybody who reads a lot of manga themselves, but that's precisely the point. A Fox's Love takes the Shōnen, the Kitsune, and the Ecchi out of their panels and puts them into paragraphs, and delivers an entirely satisfying tale with some genuine surprises towards the end. 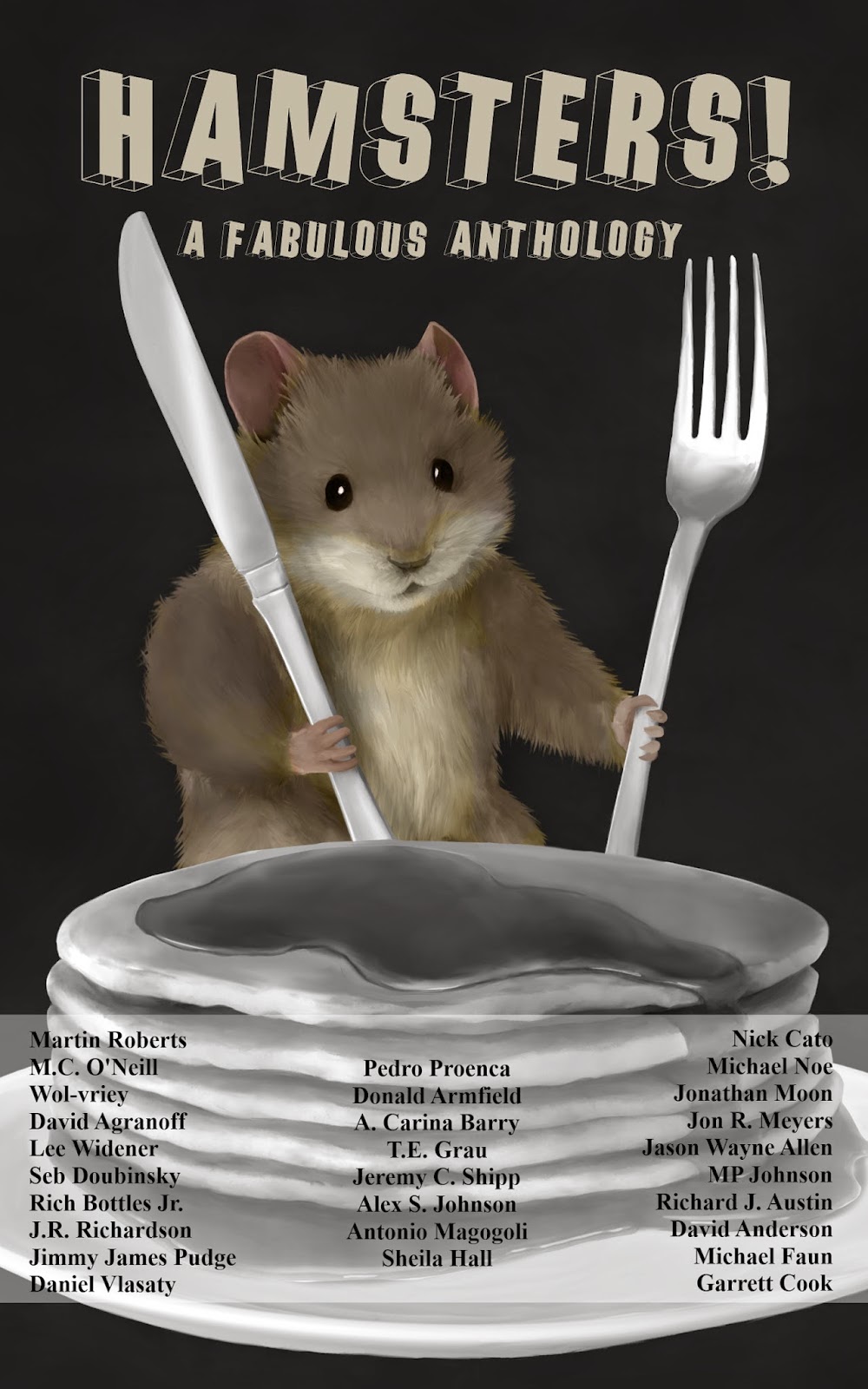 HAMSTERS! A Fabulous Anthology is a Dynatox Ministries publication, put together in support of Raye Roeske, a long time supporter of indie authors and small press publishers. Our very own Donald had this to say about it:

When you hear the word Hamster the first thing you come to mind is a cute, cuddly creature. Well, you got it all wrong. This anthology has scientific experiments, space travelers, and bloody dead hamsters. Not at all the normal clichéd creature.

As mentioned above, it's also a tribute to Raye Roeske for being the Bizarro Queen. Myself and many authors contributed to this anthology to help her raise money during rough times. We did it with heart and love. I'm glad to be a part of the Bizarro world.

As for my favorites in this anthology, they are as follows: