On Her Majesty's Behalf by Joseph Nassise (an excerpt)

on December 22, 2014
CHAPTER ONE
Southend-on-Sea
England 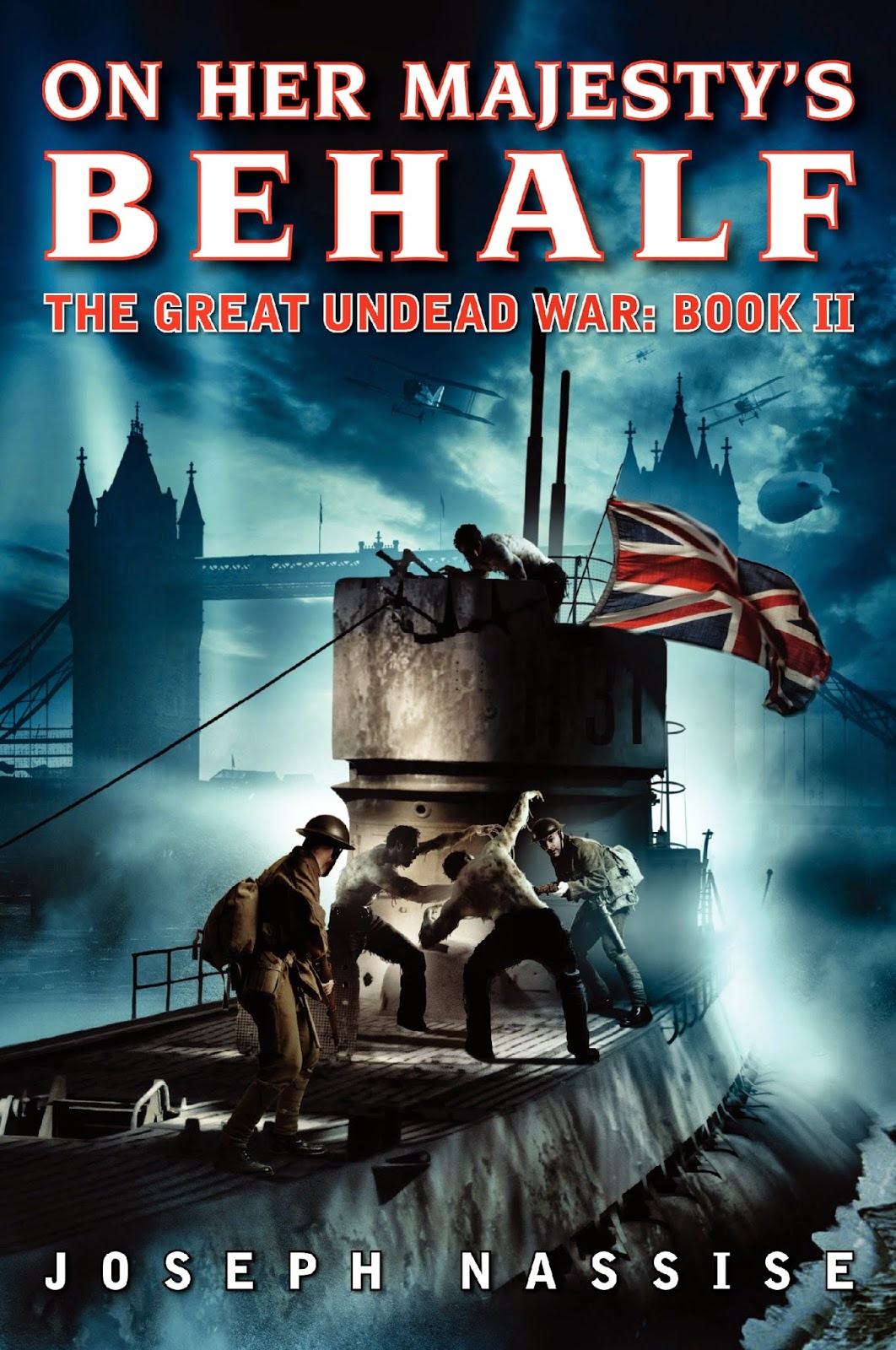 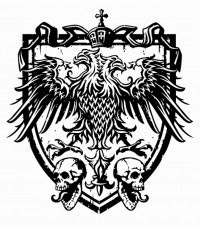 He reached down and began to rapidly wind the hand crank on his belt at his hip.  He winced at the high-pitched whine the crank made as he spun it in its seat, but that couldn’t be helped; without the charge, the weapon was about as useful as a peashooter.
Across the room, the Shredder began looking about, searching for the source of the sound, no doubt eager to rip and tear the flesh from his bones in the characteristic way that had earned those infected by the gas their nickname.
The whine became a steady tone, indicating the gun was ready to be fired.  Burke made a mental note to tell Graves that he had to find some way of reducing all the noise.
Nothing like having your weapon give away your position!
Graves had warned him that the gun delivered quite a kick so when Burke was finished charging it, he held it the same way he would a room sweeper, with the stock tight against his waist and the barrel braced in his artificial hand.  Satisfied, he stepped out from behind cover.
The Shredder spun in his direction the moment he revealed himself, but did not yet begin its inevitable charge.
Burke didn’t intend to wait; he lined up the shot as best he could, braced himself, and pulled the trigger.
The gun roared, the sound echoing in the enclosed space, as a metal spike about the size of a tent peg shot from the barrel of the gun, sparking with the electrical charge he’d just given to it. It flew through the air with a whistling sound, headed directly for the Shredder, and Burke was already starting to grin in victory when the Shredder twitched to one side and the projectile shot harmlessly past and ricocheted off the wall of the barber shop behind it with the crackle of a sudden electrical discharge.
For a moment, the soldier and the Shredder stared at each other with almost identical expressions of surprise.
Then the Shredder screamed, a hideous shrieking sound, and launched itself forward in a frenzied rush.

Joseph Nassise is the author of more than twenty novels, including the internationally bestselling Templar Chronicles series, the Jeremiah Hunt series, and several books in the Rogue Angel action/adventure series from Gold Eagle. He’s a former president of the Horror Writers Association, the world’s largest organization of professional horror writers, and a multiple Bram Stoker Award and International Horror Guild Award nominee.

On Her Majesty’s Behalf
by Joseph Nassise

After a surprise attack on London and New York, the Germans introduced a new type of gas—corpse gas—a revolutionary weapon that resurrected the bodies of the dead.

For those who survived the killing fields of France, the danger has only just begun. Veteran Major Michael “Madman” Burke and his company have just been assigned a daring new mission by the president himself: rescue the members of the British royal family. But Manfred von Richthofen, the undead Red Baron and newly self-appointed leader of Germany, is also determined to find the family.

In the devastated, zombie-infested city of London, Burke and his men will face off in an unholy battle with their most formidable opponent yet: a team of infected super soldiers—shredders—who have greater speed and strength than their shambler predecessors. If they don’t succeed, all of Britain will fall into undead enemy hands.
Excerpt Joseph Nassise sci-fi