Most Anticipated Sci-Fi Reads of 2015

on December 10, 2014
As we head into the final month of the year, I am taking a few Wednesdays to expand upon the usual "Waiting On" Wednesday event (hosted by Jill over at Breaking the Spine) and focus not just on one title, but look ahead to next year.

We kicked things off last week with my Most Anticipated Fantasy Reads of 2015, which was extraordinarily well-received, already becoming one of our top 10 posts of all time. I haven't come across any releases for the end of the year (which is suitably ominous), so our Most Anticipated Sci-Fi Reads of 2015 is going to be a little abbreviated in comparison.

So, step into your nuclear powered exoskeleton, grab your laser gun, and keep an eye out for xenophobic aliens as we chart a course for the farthest reaches of next year's shelves . . .

We kick the year off with Strands of Sorrow, the final book in the Black Tide Rising series by John Ringo. As much as I enjoyed the first two books, I took a pass on the third, because I wasn't sure I wanted to get involved in another ongoing series. With a definite conclusion coming soon, it may just be time to catch up. If you're new to the series, what we basically have here is a hardened group of survivors, sailing the seas on stolen yachts and commandeered battleships, fighting back against a zombie plague. It's a bit over-the-top in places, and does strain credibility at times, but it's a novel approach to the apocalypse, and an authentically frightening take on zombies. [January 6th]

Coming in the dark, dreary month of February is the suitably titled Dark Intelligence by Neal Asher. While it does represent a new chapter Polity Universe, it sounds like this new trilogy can be enjoyed on its own, which is what I need for an introduction. We've got a victim of an alien war brought back from the dead, a rogue AI responsible for annihilating friendly forces that's still on the loose, and a futuristic mobster who has allowed herself to be transformed into something more than human to protect her interests. It's being called "explosive first novel" in a brand new trilogy from a "military SF master" and it certainly sounds like it'll live up to its billing. [February 3rd]


Also coming in February - Karen Memory by Elizabeth Bear,
& Something Coming Through by Paul McAuley

March brings us another pulp sci-fi anthology from George R. R. Martin & Gardner Dozois, following their Old Mars collection with Old Venus. We've got sixteen brand new stories in the offering here, all of which ignore what we know today about the little blue planet, and instead recall the pulp tales that painted it as a steamy, swampy, jungle world, full of fabulous monsters and seductive mysteries. Contributors this time around include Elizabeth Bear, David Brin, Joe Haldeman, Gwyneth Jones, Mike Resnick, Eleanor Arnason, Allen M. Steele, and more, all of whom can usually be counted on to deliver the goods. [March 3rd]

Just in time for spring, we have a new science fiction adventure from everyone's favorite sci-fi ninja, Alex J. Cavanaugh. His Dragon of the Stars introduces Lt. Commander Aden Pendar, a man looking to secure his own command while arranging his marriage to the Queen’s daughter. When a politics derail his plans, placing him in the middle of a battle he can't win, he seeks out the one option available that may just save his life and his career. He's gone in search of a legendary starship called the Dragon, said to be armed with a unique weapon that may be he empire's only hope. [April 7th]


Also coming in April - The Architect of Aeons John C. Wright,
The Forever Watch by David Ramirez,
& Lords of the Sith by Paul Kemp

May brings, perhaps, the most anticipated new science fiction novel of the year, from the pen of no other than Neal Stephenson himself. Seveneves is the story of a global disaster, the near-extinction of life on Earth, and just 7 survivors aboard International Space Station who will battle though the destruction of the Moon and the resulting meteorite storm has rendered our world uninhabitable. That's only where we begin. Stephenson jumps forward dozens of millennia later, with sophisticated descendants of the astronauts looking to colonize the primitive descendants of those left on Earth to fend for themselves. Get ready for another mind-blogging door-stopper, because his ideas are as big as his narratives. [May 19th]


Also coming in Many - Aurora by Kim Stanley Robinson,
& The Tabit Genesis by Tony Gonzales

Coming at the end of June is Nemesis Games, the fifth novel in the Expanse series by James S.A. Corey. By this point in the saga, a thousand worlds have opened, leading to the greatest interstellar land rush in history. As the colonists leave, however, the power structures back home begin to buckle. Ships are lost, private armies formed, and terrorists run rampant. Against this struggle of blood and fire, James Holden and the crew of the Rocinante are trying to get home. I keep hearing good things about this series, so it may just be time for me to soldier through the rest of the first book and see if the second wins me over, as so many have promised. [June 30th]

July brings us an interesting alternate Earth tale in The Fall by R. J. Pineiro. It all begins when an adrenaline junkie jumps from the upper-most reaches of the atmosphere, only to land on an alternate Earth where he died five years ago. earlier. In this new world, Jack finds that his marriage to his wife is still strong, but his boss has turned against him, and the government is in hot pursuit. The only way back to his own Earth is another orbital jump, but his wife doesn't want him to go, and his boss won't let him. Crazy stunts, a charming, daredevil hero, and the exploration of an alternate Earth all add up to what should be a fun read. [July 28th]

The hot, humid month of August brings us World of Water, the sequel to James Lovegrove's World of Fire. This time, his body-hopping hero, Dev Harmer (reluctant agent of Interstellar Security Solutions), has been sent to the ocean world of Triton. Human settlements here are under attack by the planet’s subaquatic alien race, and the ISS suspects they're working with an agent of humanity's galactic rivals, the Polis+ AI race. Once again, it's a race against time, as Harmer only has seventy-two hours before his genetically engineered host dissolves, and there's an ancient god-beast about to rise from the depths. Oh, man, count me in for this one! [August 25th]


Also coming in August - The End of All Things by John Scalzi,
& Star Trek: Voyager: Atonement by Kirsten Beyer 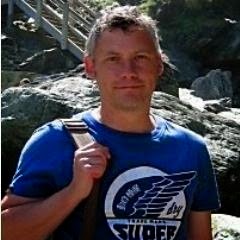 No cover art and no confirmed release date beyond David Barnett's promise of 2015, but with the first two Gideon Smith adventures having hit the shelves in September of 2013 and 2014, it's a safe bet that Gideon Smith and the Mask of the Ripper will land in September as well. The teaser promises one of our characters will be arrested on a murder charge, while another is cast adrift in London’s underbelly without their memory, while old secrets believed long dead bring London to the brink of anarchy. [September]

Although there's no cover art of cover blurb yet, it looks like October will see the third book in Ann Leckie's Imperial Radch saga, Ancillary Mercy. It's a series I've been meaning to get into, based as much off the space opera element as the interesting approach to a gender neutral society (which, I admit, fascinates me). The series has recently been option for TV, which gives me one more reason to start reading, but regardless of if/when it hits the screen, I still intend to catch up before the third book hits the shelves. [October]

*please note, of course, that publication dates can (and often do) change frequently, so please let me know if you spot a title that's shifted down the calendar