Most Anticipated Fantasy Reads of 2015

on December 03, 2014
As we head into the final month of the year, I wanted to take the next few Wednesdays to kind of expand upon the usual "Waiting On" Wednesday event (hosted by Jill over at Breaking the Spine) and focus not just on one title, but look ahead to next year.

We're kicking things off this week with my Most Anticipated Fantasy Reads of 2015. There were literally dozens of titles on my 2015 release list to consider, so I decided to settle for a top 12 list, looking at one book for every month.

So, without further ado, strap on your swords, saddle up your dragons, and watch out for that shifty-eyed sorcerer in the corner as we begin our quest . . .

To kick things off and get the year rolling, we have The Providence of Fire by Brian Staveley. The second volume of his Chronicle of the Unhewn Throne picks up right where the first volume left off, following Adare, Valyn, and Kaden through their individual journeys to discover the truth about the situation in the Annurian capital, and to avenge the death of their father. If you;ve read my review, then you already know this books reveals the treachery of the first to merely be the opening gambit in a complex, wide-ranging game of conquest and rebellion. [January 13th]

I've yet to give Adrian Tchaikovsky a read (as cool as his Shadows of the Apt saga looks, the size is a little daunting), so I'm excited to dive in and explore a standalone historical adventure with him. Guns of the Dawn is described as a pseudo-Napoleonic fantasy, set in a world where husbands, fathers, and sons have already marched off to war. As a result, in order to fight in the new rebellion that's brewing, every household must give up one woman to join the army. The book follows the adventures of Emily, thrust into realities of hard life and sudden death, who isn't sure who the real enemy is. [February 12th]

Perhaps one of the most anticipated novels of the new year is The Skull Throne by Peter Brett. There's no official synopsis yet for the fourth volume of his Demon War Cycle (although we do have a kick-ass cover), but he's indicated this will be his biggest book in the series yet. Who the flashbacks will serve to flesh out this time we don't know, and what new demons we might see are yet to be revealed, but the teaser chapter promises a journey to the Core, bringing the fight to the alagai, representing a new twist on the complex history of Arlen and Jardir. [March 31st]

April is a huge month for new releases, but I have to go with Window Wall, the fourth book in the Glass Thorns series from Melanie Rawn. I'm as excited for this because of what it represents for Rawn as I am for the book itself. First, it's the penultimate book in an ongoing series, for which she's currently writing the finale. I held off getting into the series because I feared it would just lead to a new abandonment or delay, but now I feel comfortable diving in. More than that, she's promised that the long-awaited (17 years!) Captal’s Tower will be her next project, and that excites me to no end. Yes, the lovely Ms. Rawn is back! [April 14th]

That brings us to another long-awaited work, the sequel to Peter Orullian's debut of 4 years ago. Delayed partly because of the demands of his day job, but even more by his editor being fired (after sitting on the manuscript for about 2 years), Trial of Intentions, the second volume of the The Vault of Heaven, is finally on its way. What's more, to help refresh our memories and build even more excitement, his Author's Definitive Edition of The Unremembered will be coming early in the new year. This is one of those series I've always intended to read, so I plan to double up and dive on in. [May 26th]

To close out the first half of the year we have another exciting follow-up, this time from Mark Lawrence. He already wowed us all and helped establish grimdark as a legitimate sub-genre with The Broken Empire, and now he's back with the second book of The Red Queen's War with The Liar's Key. Jal and Snorri are on the run with Loki’s Key, which Snorri wants to use to bring his family back from the land of the dead, and which The Dead King wants for himself. Poor Jal only wants to return to his women and wine, but his grandmother, the Red Queen, has different plans for him. [June 2nd]

The second half of the year opens up with one of my most anticipated titles, The Dinosaur Lords by Victor Milán. Really, come, on, how cool is this? It's an historical fantasy, with all the religious and political conflicts of 14th century Europe . . . and dinosaur mounted knights? Dragons are cool, no doubt about it, but these are armored knights riding all species of dinosaur - from Brachiosaurus, to Allosaurus, to Tyrannosaurus rex! It sounds like it has a nice world-building mythology to it as well, with talk of Paradise and Eight Creators who designed the world to play out their games of passion and power. [July 28th]


Also coming in July - The Dragon Engine by Andy Remic

While April is a big month for new releases, August is absolutely huge. I had a hard time choosing just one title to feature, but as much as I'm curious about what N.K. Jemisin have in store, and as much as I'm anxious for a new (non-Iron Wolves) adventure with Andy Remic,I'm most excited about the second Barrow adventure from Mark Smylie. Yes, Black Heart catches up with Stjepan Black-Heart and the other survivors of the titular raid of the first book, all of whom have gone their own ways, but something tells me Black-Heart's schemes will somehow bring them back together for another shot at tarnished glory. [August 4th]

If it doesn't get delayed again, fall should bring us Fall of Light, the second book of The Kharkanas Trilogy by Steven Erikson. Following up on the events of the first book, this prequel to the epic Malazan Book the the Fallen takes us deep into Kurald Galain, the realm of Darkness as Vatha Urusander and Lord Draconus vie for the hand of Mother Dark, with Anomander, Andarist, and Silchas Ruin caught in the middle. I've been tardy in starting in on this series, but I'll definitely catch up in time to be ready for this. [September 1st] 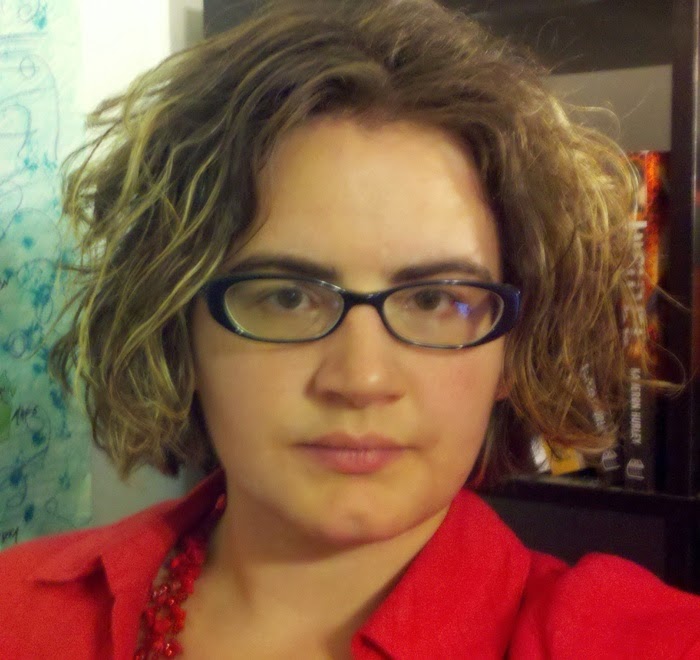 There's no cover image or official blurb available yet for the second volume of Kameron Hurley's astounding Worldbreaker Saga, but The Empire Ascendant is waiting in the wings. The first book was ambitious, awesome, imaginative, and exhausting in equal measure, and closed with a series of climaxes that began driving the tale towards a the wider clash of cultures and societies we're destined to see in the sequel. [October]

No word yet on whether it's a standalone tale or the first book in a new series for John Marco, but a year after being turned into his publisher, The Bloody Chorus has been assigned to a new editor and finally has a release date. It's a story filled with gods and goddesses who complicate the lives of the characters, and something he has described as "one of the most ambiguous stories" he's ever done, with the protagonists having their own dark history. As for the title, it refers to a group of magically endowed bodyguards who surround Haru, the main protagonist. [November]

Since I have yet to come across any confirmed titles for the end of the year, I'm going to double up on the month of November with Chains of the Heretic, the third book of Bloodsounder's Arc, by Jeff Salyards. Not much is known about it yet, but Salyards has teased that the narrative scope of the final book will grow once again, building upon the "more sweeping and expansive" trend with the middle volume. The climax of the second book provided a stunning cliffhanger (physically and emotionally), and I can't wait to see how it all ends. [November]


*please note, of course, that publication dates can (and often do) change frequently, so please let me know if you spot a title that's shifted down the calendar