on September 27, 2014
Stacking The Shelves and Mailbox Monday are a pair of weekly memes that are about sharing the books that came your way over the past week, and which you've added to your shelves - whether they be physical or virtual, borrowed or bought, or for pleasure or review.

On the review front this week, I got an awesome surprise in the mail - an ARC of Owl and the Japanese Circus by Kristi Charish, courtesy of Simon & Schuster Canada . . . complete with an origami owl! A modern-day Indiana Jane who reluctantly navigates a hidden supernatural world? A red dragon who owns and runs the Japanese Circus Casino in Las Vegas? An artifact stolen three thousand years ago? A pack of vampires that want her dead? A weapon powerful enough to wipe out a city? Sounds like fun! 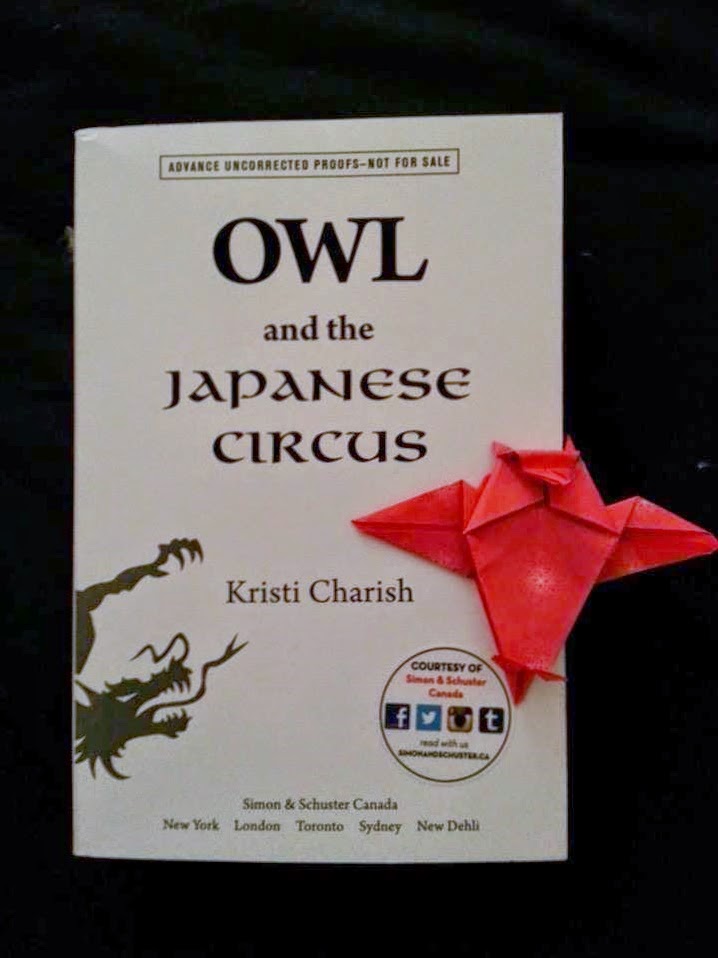 On the digital review front, I also took a chance on A Fox's Love by Brandon Varnell - a literary Shōnen manga parody, complete with a red-haired, emerald-eyed, overly amorous vixen whose sole purpose in life seems to be making zealous attempts at getting into Kevin Swift's pants.

It's Monday! What Are You Reading? is another weekly meme, this time focused on what books are spending the most time in your hands and in your head, as opposed to what's been added to your shelf. I've polished off a bunch of shorter review titles lately, with reviews coming next week, but the big titles on hand are:

• Of Bone and Thunder: A Novel by Chris Evans
"Apocalypse Now meets The Lord of the Rings in a bold new fantasy from the acclaimed author of the Iron Elves trilogy." That tagline was enough to pique my interest right there.

• Fearsome Magics by Jonathan Strahan
Strahan's anthologies are always a high point of the year for me, just packed solid with one fantastic story after another. I've been sitting on this one for a while, but I'm anxious to get reading.