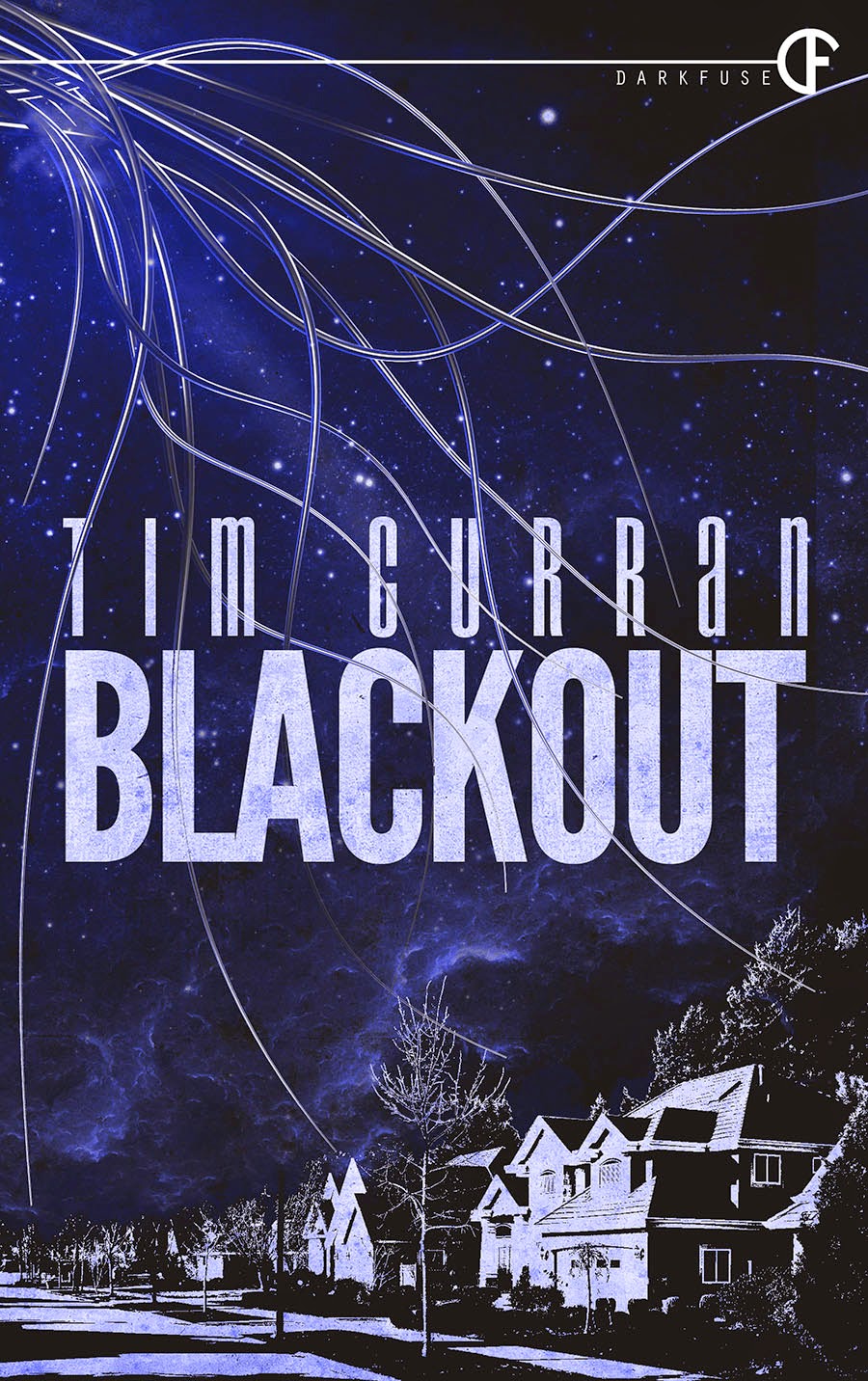 There was a time, not so long ago, when tentacles were a thing of terror, not titillation; when the idea of slender, slimy, grasping, alien tendrils made you shudder with utter revulsion, not with guilty pleasure.

That's not say there's anything necessarily wrong with the sexual exploitation of tentacles, but it's reassuring to find an author who not only remembers what it was like to live in fear of those grasping appendages, but who is so adept at imbuing them with the terror and revulsion they so justly deserve.

Welcome to the world of Blackout by Tim Curran.

It starts with a freak summer storm, one that mixes strangely rhythmic, hypnotic patterns of lightning flashes in with the driving rain and howling winds. As strange as the lightning is, however, it's the darkness between those flashes that's truly unsettling - darker, more solid, and more opaque than any night the suburbanites of Piccamore Way can remember. When Jon is awakened by the storm that night, not being able to find his wife is only the first of many horrors to come.

Without getting into too much detail, this an all-out horrific tale of alien invasion and abduction. There's no attempt at contact or discussion, and no anthropomorphizing or humanizing of the invaders. All we have is the massive black ship hovering above the clouds, and the maze of black tentacles wiggling and waving their way through the community. They're not particularly threatening or invasive (at least, not at first), but they're sticky, they're strong, and they're incredibly quick to snatch up those who stumble blindly into their horrific embrace.

Beneath it all, this is a story about the breakdown of civilization. We watch as friendships are tested, relationships strained, and the polite bonds of suburbia severed. What begins as a struggle for understanding and a desperate attempt to resist the invaders becomes nothing more than a primal fight to survive. As creepy as the tentacles above may be, it's the darkness and the sorrow within us that really drives the horror here. It's largely a hopeless tale, one where every small victory just leads to a larger defeat, but there is a glimmer of . . . well, if not hope, at least perseverance at the end.

Curran does a masterful job here of preying on our simplest fears, and of magnifying them to the darkest extremes. It's a claustrophobic, suffocating sort of read, and one that will have your skin crawling. The final scenes are a bit more sci-fi than I expected, but I appreciated the way in which he revealed the true nature of the invaders, and the ultimate fate of our society. Forget everything you've feared might be out there in a Blackout, because there are far worse terrors ready to descend upon us.