on July 11, 2014
Good morning all, and welcome to the next in our series of interviews with the authors of Thorstruck Press.

This week we're sitting down to chat with Paul Rudd, horror/fantasy/sci-fi dabbler, and author of the recently released Sharc.


Q: Thanks for taking the time to stop by today, Paul. For those who haven't yet had a chance to enjoy your work, please tell us a little about yourself and what we can expect.

I’m Paul Rudd, no, not that one, the other one. I live in the UK and I dabble in creature features and delve deeply into the horror/fantasy/sci-fi genres. My first novel is Sharc featuring a prehistoric Megalodon and the Aquatic Research City (or ARC), mankind’s’ first floating city. The Meg escapes and eats a lot of people, and a few boats, and uses a toothpick to clean out some whale blubber and then goes back to eating people! Basically he does a little dance, makes a little love and pretty much gets down tonight. Sorry, I’ve always wanted to answer a question like that.

Q: In terms of writing, what comes easiest for you, and where do you struggle the most? Is it the title? The first paragraph? The last chapter? The cover blurb?

I feel lucky that I tend to have an idea how to start a story and I just take it from there. It’s a rush sometimes to get to where I want to go and how to conclude and I can’t get it down quickly enough. I even have a line for future books in a series, so I try and incorporate little pieces of the puzzle as I go along. They might not seem relevant in book 1 but they will do further along the line. Everything else just seems to come together as I go along. The name of the book is normally something I pick up straight away but I have changed once or twice once I’ve finished the story.

Q: Sometimes, characters can take on a life of their own, pulling the story in directions you hadn't originally anticipated, especially when developing a series that touches on multiple genres. Were there any twists or turns in your writing that surprised you, or really challenged your original plans for the story?

For Sharc, I received some advice and I ditched characters completely from the original story because, although I liked them, they slowed it down. The story always evolves and nobody is safe. Even the main characters are teetering on the edge.

Q: Horror stories are at their best when nobody is safe. When writing, do you ever consider how a reader or reviewer will react, or do you write solely for your own satisfaction?

I write because I love to do so. You start a story and you have a tiny world in the palm of your hand and you can take it anywhere you want to. And I mean anywhere. It sounds weird but the people in the story start to mean something to you. Their life is in your hands. Who wouldn’t love to use their imagination for a living?

As for reviews, I can’t say I’ve loved every book I ever read and I mean some mainstream authors. If that’s the case I just put it down. Sometimes it’s like Tequila; it just doesn’t agree with me. The same can be said for reviews. There are negatives and positives, and I’ve learnt you can’t please everyone. People either love a book or hate it. There doesn’t seem to be an in-between. It’s just unfortunate my Jedi powers have faded over the years otherwise I’d use the Force and simply say; if you don’t like the book “move along…move along….!”

I’m not a person who believes in negativity. It doesn’t do anyone any favours and after experiencing what it takes to write a book, why crush someone like that?

Q: Assuming you had total creative control over the production, who would you cast as the leading roles, were your work to be optioned for the big screen?

There are many characters in Sharc. If I had to pick a few I’d start with Cole Michaels. He’s a surfer dude, the main characters best friend, who lives on the edge. I’d say Charlie Hunnam (Pacific Rim/Sons of Anarchy) is the perfect fit.

Lauren Ramsey is a fiery blonde reporter and I always imagined her to look like Blake Lively. She’s perfect for the role.

Claudia Metzer is Samuel Clifford’s assistant/lover. She’s strong willed and takes no s***. I’d love Lili Simmons from Banshee and Hawaii Five-O to take the role. She has that sexy siren look and sooner or later she is going to be a big star.

And Cain Starr-Jordan needs to be one of my favourite actors, Michael Biehn, and he needs to be chewing a cigar. If I had longer I’d probably be able to name the entire cast.

Q: Now that's a man who knows his cast! Before we let you go, what can we look forward to from you next? Is there another story yet to be told in your latest world or perhaps something completely different on the horizon?

Next up is Sharc Bait (book 2 of the series) and the Chronicles of Supernatural Warfare (volume 1). Believe it or not it’s a series of short stories based on supernatural warfare, some historical battles and others made up. I share the headlines with my good friend Richard Rhys Jones, author of the excellent Division of the Damned and the House in Wales. After that we’ll see. I’ve already started Sharc 3 which takes a major turn and will lead into Sharc 4. I’m not sure if I have a fifth one in me but I’ve got plenty of stories started, finished and fresh in my mind. Like everything nowadays, it’s just whether I have the time to finish it all off. Apart from that, world domination!

Thanks for taking the time to stop by, Paul! 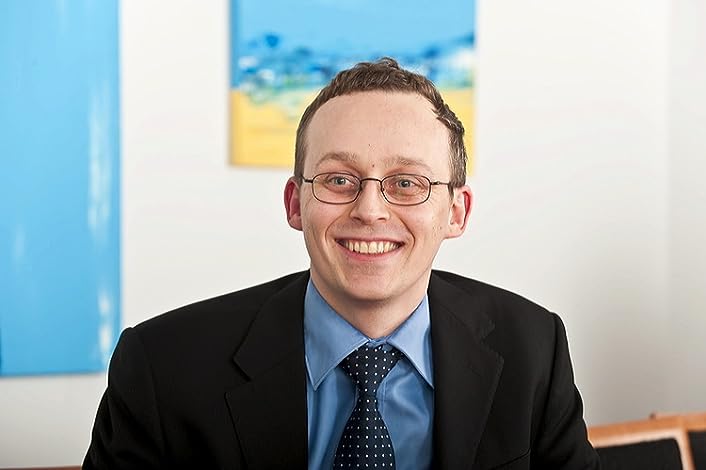 I'm Paul Rudd, I'm UK based and tend to delve into Sci-Fi/horror/fantasy genres.

I always wondered what it would feel like to join the realms of fiction and to be in control of a vision or a creation whereby I have the say over every aspect of the outcome.

Since as far back as I can remember movies have been an enormous attraction for me. The escapism, the transition from sitting in your living room to being drawn into a world that is so far from reality you feel euphoric once the fantastical world fades away.

For me writing began as a release from the daily grinds of stress. I started writing SHARC purely for fun and for peace of mind. On the other hand when I started to build the characters and the Aquatic Research City itself I thought "what if...!" So I went for it.

There is more to come, so keep em peeled for me folks. Sharc is merely the first little fish in a big pond.

Dramatic upheaval ensues when the world's largest prehistoric shark escapes captivity. Men put their lives in jeopardy to capture it, the press is getting in their way, and time is running out. In this non-stop adrenaline surge of action, anger and fear, the first floating aquarium is the scene of unprecedented carnage.

Maxwell Baxter is intent on fulfilling his greatest ambition yet. In the midst of international financial negotiations to raise money to complete his ARC with the Governor of California being entertained on his private yacht , the Megalodon terrorises everything in the Pacific, no matter what their size.

The world is watching them fail at their quest, but swimming with sharks has never been more perilous or drenched in suspense.
horror interview Paul Rudd