on March 08, 2014
Stacking The Shelves and Mailbox Monday are a pair of weekly memes that are about sharing the books that came your way over the past week, and which you've added to your shelves - whether they be physical or virtual, borrowed or bought, or for pleasure or review. 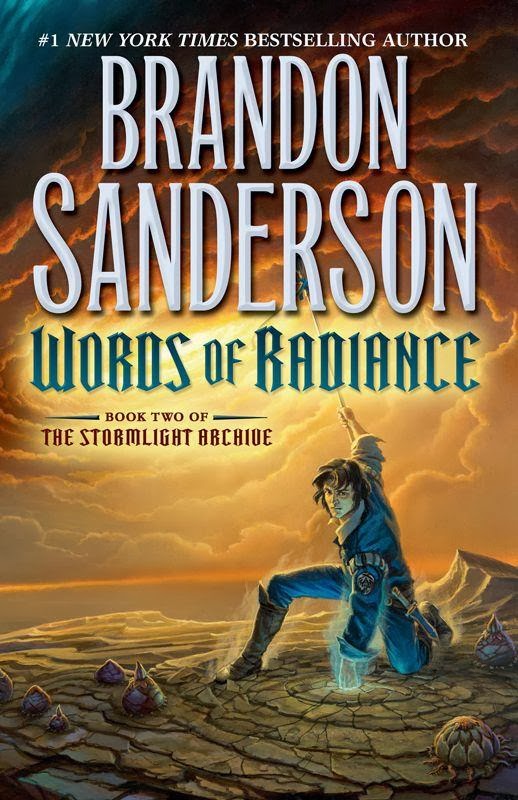 Six years ago, the Assassin in White, a hireling of the inscrutable Parshendi, assassinated the Alethi king on the very night a treaty between men and Parshendi was being celebrated. So began the Vengeance Pact among the highprinces of Alethkar and the War of Reckoning against the Parshendi.

Now the Assassin is active again, murdering rulers all over the world of Roshar, using his baffling powers to thwart every bodyguard and elude all pursuers. Among his prime targets is Highprince Dalinar, widely considered the power behind the Alethi throne. His leading role in the war would seem reason enough, but the Assassin’s master has much deeper motives.

Expected by his enemies to die the miserable death of a military slave, Kaladin survived to be given command of the royal bodyguards, a controversial first for a low-status "darkeyes." Now he must protect the king and Dalinar from every common peril as well as the distinctly uncommon threat of the Assassin, all while secretly struggling to master remarkable new powers that are somehow linked to his honorspren, Syl.

Brilliant but troubled Shallan strives along a parallel path. Despite being broken in ways she refuses to acknowledge, she bears a terrible burden: to somehow prevent the return of the legendary Voidbringers and the civilization-ending Desolation that will follow. The secrets she needs can be found at the Shattered Plains, but just arriving there proves more difficult than she could have imagined.

Meanwhile, at the heart of the Shattered Plains, the Parshendi are making an epochal decision. Hard pressed by years of Alethi attacks, their numbers ever shrinking, they are convinced by their war leader, Eshonai, to risk everything on a desperate gamble with the very supernatural forces they once fled. The possible consequences for Parshendi and humans alike, indeed, for Roshar itself, are as dangerous as they are incalculable.

The doors of the Stormlight Archive first opened to us with The Way of Kings. Read that book – now available in all formats – and then Words of Radiance, and you can be part of the adventure every dazzling step of the way. 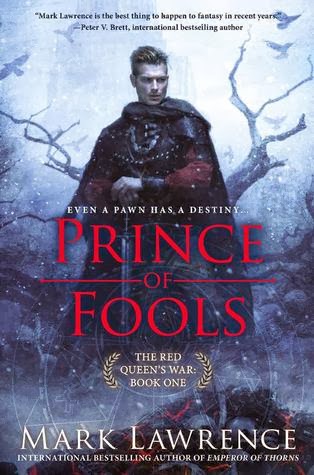 The Red Queen is old but the kings of the Broken Empire dread her like no other. For all her reign, she has fought the long war, contested in secret, against the powers that stand behind nations, for higher stakes than land or gold. Her greatest weapon is The Silent Sister—unseen by most and unspoken of by all.

The Red Queen’s grandson, Prince Jalan Kendeth—drinker, gambler, seducer of women—is one who can see The Silent Sister. Tenth in line for the throne and content with his role as a minor royal, he pretends that the hideous crone is not there. But war is coming. Witnesses claim an undead army is on the march, and the Red Queen has called on her family to defend the realm. Jal thinks it’s all a rumor—nothing that will affect him—but he is wrong.

After escaping a death trap set by the Silent Sister, Jal finds his fate magically intertwined with a fierce Norse warrior. As the two undertake a journey across the Empire to undo the spell, encountering grave dangers, willing women, and an upstart prince named Jorg Ancrath along the way, Jalan gradually catches a glimmer of the truth: he and the Norseman are but pieces in a game, part of a series of moves in the long war—and the Red Queen controls the board. 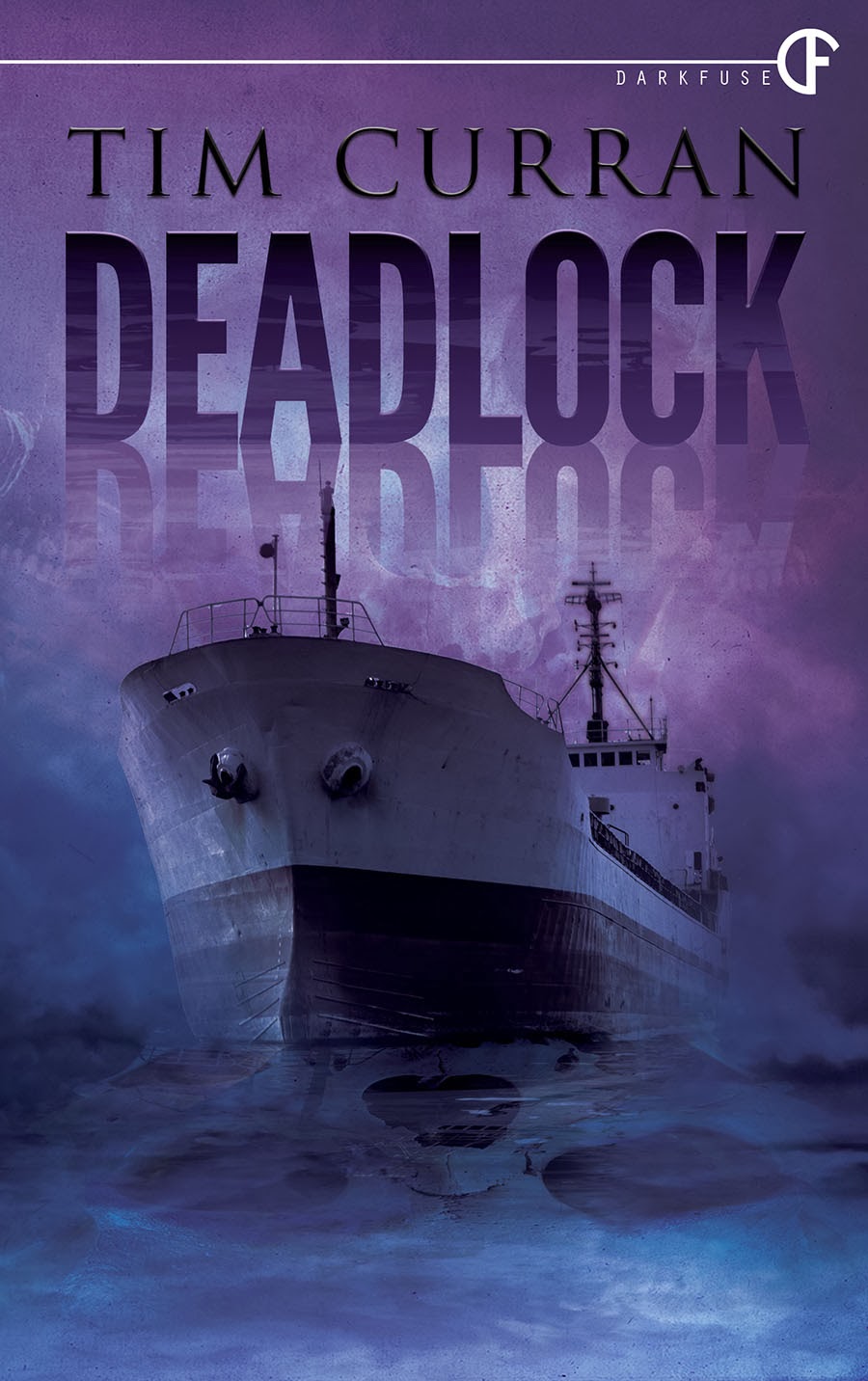 Deadlock by Tim Curran
Expected publication: May 2014 by DarkFuse

Charlie Petty is a man known for having ice water in this veins. He never backs down and is never shaken but unfortunately stirred up into the wrong crowd. As a degenerate gambler, his luck has run out and his debt has now come due.

Charlie is offered a chance to clear his tab: simply stay alone on a ship overnight to prove to its owner and potential crew that it's not cursed nor haunted. Never mind the ship's history of suicide, violence, mutiny and murder. Or how the ship's past crews have gone missing or insane. The fact that no one has set foot on deck in darkness for years doesn't phase Charlie one bit. It sounds like easy money to bust up a superstition or two.

Charlie thinks his luck is returning. Little does he know it's about to run out completely. 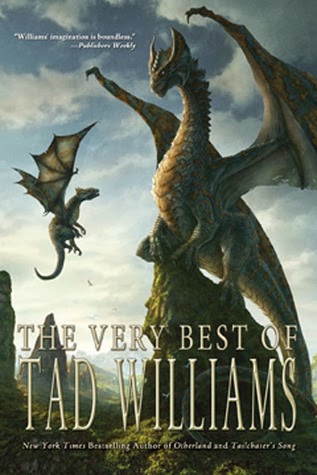 This career retrospective from one of the most-beloved authors in the fantasy genre is essential for fans of his internationally best-selling series novels (Otherland; Memory, Sorrow, and Thorn).

Tad Williams has achieved success in multiple genres and forms, whether in epic fantasy, urban fantasy, science fiction, or young adult fiction. Readers only familiar with such masterpieces as The Dragonbone Chair and Talchaser’s Song will be delighted to discover that in his short fiction, Williams has been able to explore myriad new possibilities and adventures.

Previously collected in multiauthor anthologies and limited hardcover editions, these superlative talks of dragons, super-soldiers, wizards, cyberpunks, heroes, and fools are now available together for the first time in an affordable trade paperback edition. These stories showcase the exhilarating breadth of Williams’ imagination, in stories hearkening to the tales of such classic fantasists as J. R. R. Tolkien, Robert Jordan, Ray Bradbury, and Peter S. Beagle. Included is an original tale written specifically for this volume.

The Very Best of Tad Williams is a true delight to those who have imagined themselves in fantastic worlds beyond the everyday and mundane. 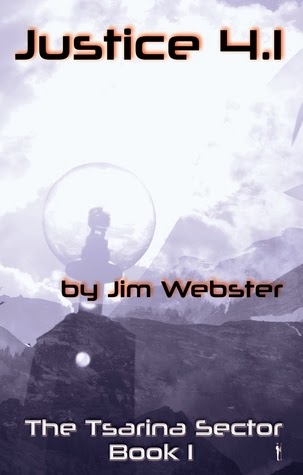 When a journalist is shot down in a backward area of Tsarina, Haldar Drom of the Governor's Investigation Office is sent to investigate. He uncovers a hidden medical facility dedicated to the production of Abate, a drug used for population control, as well as evidence of the implantation of pre-created embryos in women brought to Tsarina for the purpose. He also discovers a deeper plot with far reaching political ramifications. A senior member of the Governors family, Doran Stilan is running a personal feud with the major pirate/Starmancer Wayland Strang. Indeed he begins to suspect that Stilan may even be angling to take Strang's place.

The medical facility is destroyed after it is attacked by mercenaries hired by a Strang, and Drom has to travel off world to untangle the treads of the conspiracy.

Arriving back on Tsarina, he has to deal with a failed Starmancer attack, punish the guilty and arrange for Doran Stilan to get what's coming without undermining the position of the Governor. To do this, he'll need skill, know-how and a whole lot of luck to ensure that the guilty face justice.

Well, you know what they say about the best-laid plans of mice and men -  I'm currently reading the following, with an eye towards my scheduled reviews for the next few weeks, but the 1100 page behemoth that is Words of Radiance may nudge a few of those dates out:

• Kaiju Rising: Age of Monsters edited by Tim Marquitz & Nickolas Sharps
Giant monsters and tremendous havoc. Like I need another reason to devour this?

What's topping your shelves this week?
epic fantasy horror Mailbox Monday sci-fi Stacking The Shelves What Are You Reading?