on March 31, 2014
Stacking The Shelves and Mailbox Monday are a pair of weekly memes that are about sharing the books that came your way over the past week, and which you've added to your shelves - whether they be physical or virtual, borrowed or bought, or for pleasure or review.

Nothing new in the review pile this week (which is actually a bit of a relief), but I did pick up some deals online and at the used bookstore: 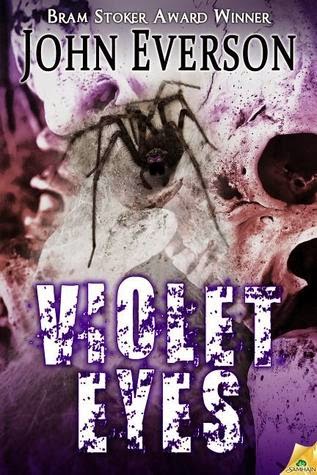 Their bites are more than deadly...

The small town near the Everglades was supposed to offer Rachel and her son a fresh start. Instead it offered the start of a nightmare, when an unknown breed of flies migrated through the area, leaving painful bites in their wake. The media warned people to stay inside until the swarm passed. But the flies didn't leave. And then the radios and TVs went silent.

That's when the spiders came. Spiders that could spin a deadly web large enough to engulf an entire house overnight. Spiders that left stripped bones behind as they multiplied. Spiders that, like the flies, sought hungrily for tender flesh... through Violet Eyes. 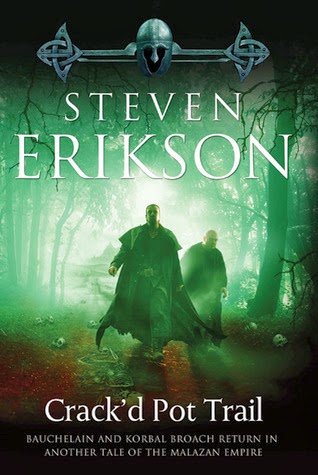 It is an undeniable truth: give evil a name and everyone’s happy.  Give it two names and…why, they’re even happier.

Intrepid necromancers Bauchelain and Korbal Broach, scourges of civilization, raisers of the dead, reapers of the souls of the living, devourers of hope, betrayers of faith, slayers of the innocent, and modest personifications of evil, have a lot to answer for and answer they will. Known as the Nehemoth, they are pursued by countless self-professed defenders of decency, sanity, and civilization. After all, since when does evil thrive unchallenged? Well, often—but not this time.

Hot on their heels are the Nehemothanai, avowed hunters of Bauchelain and Korbal Broach. In the company of a gaggle of artists and pilgrims, stalwart Mortal Sword Tulgord Vise, pious Well Knight Arpo Relent, stern Huntsman Steck Marynd, and three of the redoubtable Chanter brothers (and their lone sister) find themselves faced with the cruelest of choices. The legendary Crack’d Pot Trail, a stretch of harsh wasteland between the Gates of Nowhere and the Shrine of the Indifferent God, has become a tortured path of deprivation.

Will honor, moral probity, and virtue prove champions in the face of brutal necessity? No, of course not. Don’t be silly. 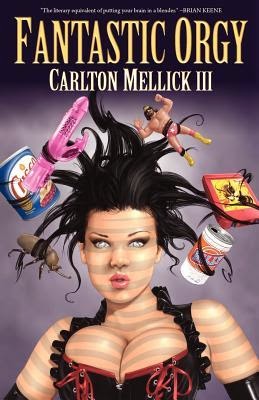 Tonight is Share Your STD Night at the Demon Seed Swingers Club. Although most members of society fear the idea of contracting these diseases, there are some underground deviants who embrace them. They believe the diseases make them strange, unique, and beautiful. So they come together once a month to trade their wonderful STDs with each other in a surreal, fantastical orgy. However, tonight will not be like other nights. There's a new disease spreading through the sex club, a disease that causes people to become rabid bloodthirsty killing machines. As the infected rampage through the Demon Seed, the survivors realize there's only one thing they can do to survive the night: turn their grotesque STDs into deadly super weapons. 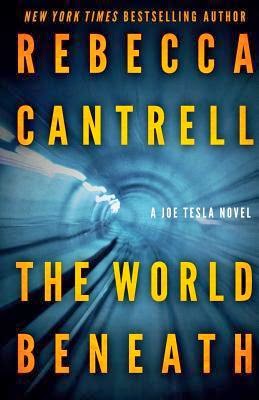 The World Beneath by Rebecca Cantrell

Award-winning and New York Times bestselling author Rebecca Cantrell drops you into a vast, dark world: 100 miles of living, breathing, tunnels that is the New York City underground. This subterranean labyrinth inhales three million bustling commuters every day. And every day, it breathes them all out again... except for one. Software millionaire Joe Tesla is set to ring the bell on Wall Street the morning his company goes public. On what should be the brightest day in his life, he is instead struck with severe agoraphobia. The sudden dread of the outside is so debilitating, he can't leave his hotel at Grand Central Terminal, except to go underground.

Bad luck for Joe, because in the tunnels lurk corpses and murderers, an underground Victorian mansion and a mysterious bricked-up 1940s presidential train car. Joe and his service dog, Edison, find themselves pursued by villains and police alike, their only salvation now is to unearth the mystery that started it all, a deadly, contagious madness on the brink of escaping The World Beneath.

• Prince of Fools by Mark Lawrence
It doesn't hit the shelves until June, but I just can't wait to visit the Broken Empire from a fresh perspective.

• Words of Radiance by Brandon Sanderson
A good, solid fantasy, pretty much what I was hoping for, but not exactly a frantic page-turner.

What's topping your shelves this week?
bizarro fantasy horror Mailbox Monday Stacking The Shelves thriller What Are You Reading?