on March 22, 2014
Stacking The Shelves and Mailbox Monday are a pair of weekly memes that are about sharing the books that came your way over the past week, and which you've added to your shelves - whether they be physical or virtual, borrowed or bought, or for pleasure or review. 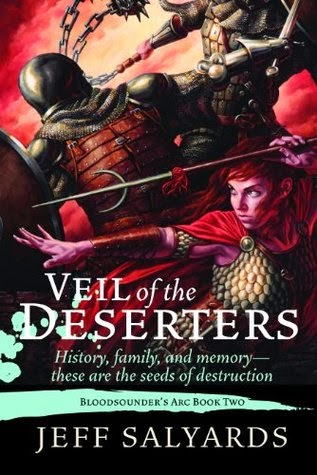 History, Family and Memory… these are the seeds of destruction.

Bloodsounder's Arc continues as Captain Braylar Killcoin and his retinue continue to sow chaos amongst the political elite of Alespell. Braylar is still poisoned by the memories of those slain by his unholy flail Bloodsounder, and attempts to counter this sickness have proven ineffectual.

The Syldoonian Emperor Cynead has solidified his power base in unprecedented ways, and demands loyalty from all operatives. Braylar and company are recalled to the capital to swear fealty. Braylar must decide if he can trust his sister, Soffjian, with the secret that is killing him. She has powerful memory magics that might be able to save him from Bloodsounder’s effects, but she has political allegiances that are not his own. Arki and others in the company try to get Soffjian and Braylar to trust one another, but politics in the capital prove to be far more complicated and dangerous than even Killcoin could predict.

Deposed emperor Thumarr plots to remove the repressive Cynead, and Braylar and his sister Soffjian lie at the heart of his plans. The distance between "favored shadow agent of the emperor" and "exiled traitor" is an unsurprisingly short road. But it is a road filled with blind twists and unexpected turns. Before the journey is over, Arki will chronicle the true intentions of Emperor Cynead and Soffjian. And old enemies in Alespell may prove to be surprising allies in a conflict no one could have foreseen. 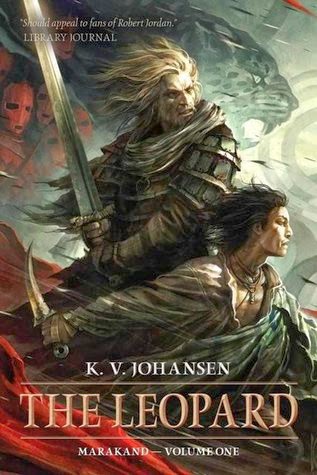 Part one of a two-book epic fantasy, set in a world as richly drawn as J.R.R. Tolkien's Middle Earth, but with Mideastern and Eastern flavors

In the days of the first kings in the North, there were seven devils…

Ahjvar, the assassin known as the Leopard, wants only to die, to end the curse that binds him to a life of horror. Although he has no reason to trust the goddess Catairanach or her messenger Deyandara, fugitive heir to a murdered tribal queen, desperation leads him to accept her bargain: if he kills the mad prophet known as the Voice of Marakand, Catairanach will free him of his curse. Accompanying him on his mission is the one person he has let close to him in a lifetime of death, a runaway slave named Ghu. Ahj knows Ghu is far from the half-wit others think him, but in Marakand, the great city where the caravan roads of east and west meet, both will need to face the deepest secrets of their souls, if either is to survive the undying enemies who hunt them and find a way through the darkness that damns the Leopard.

To Marakand, too, come a Northron wanderer and her demon verrbjarn lover, carrying the obsidian sword Lakkariss, a weapon forged by the Old Great Gods to bring their justice to the seven devils who escaped the cold hells so long before. 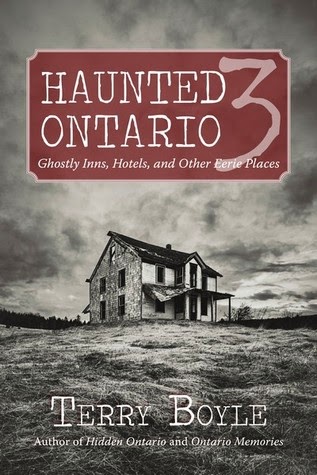 Interested in discovering more about haunted Ontario? Join Terry Boyle as he explores the shadowlands beyond the grave. Revel in the outstanding evidence of spirit habitation in museums, historic homes, inns, jails, and graveyards. Witness the full apparition of the innkeeper's wife at Greystones Inn in Orangeville. Encounter the misty form of a civil war veteran in the graveyard of the old St. Thomas church. Experience the incredible slamming-of-doors at the Keefer Mansion in Thorold. Visit a whole village of spirits who share the buildings at Black Creek Pioneer Village. You can even spend the entire night in the Orillia Opera House with Terry and his friends.

Prepare to be scared out of your wits with the stories behind these and other hauntings. After providing you with a list of addresses, phone numbers, and websites for each location, Terry invites you and all other ghost enthusiasts along for the adventure. Feeling brave? 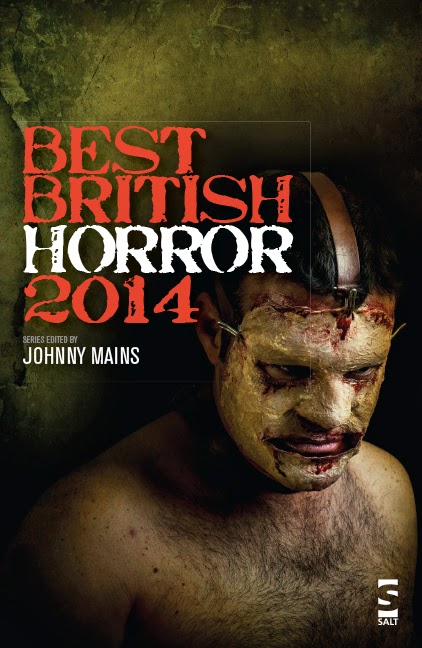 Edited by the British Fantasy Award winning editor Johnny Mains, Salt’s ‘Best’ series takes a journey into the bottomless depths of horror. You will find no ‘pleasing terrors’ here.

‘Mercy stands before her, wielding a mud-caked pickaxe in both hands…’ —When Charlie Sleeps, Laura Mauro

‘Too much Semtex was an obvious, beginners mistake, and I noted I needed to remove more brain in future…’ —Exploding Raphaelesque Heads, Ian Hunter

‘There isn’t much time. Blood is already spattering the paper on which I am writing…’ —The Secondary Host, John Probert

‘It appeared to be an insect of some kind, perhaps a beetle or a spider with a bloated body…’ —Come Into My Parlour, Reggie Oliver

Best British Horror is a new anthology series dedicated to showcasing and proving without doubt, that when it comes to horror and supernatural fiction, Britain is its obvious and natural home. 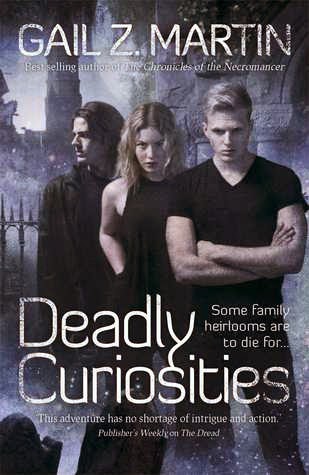 Cassidy Kincaide owns Trifles & Folly, an antique/curio store and high-end pawn shop in Charleston, South Carolina that is more than what it seems. Dangerous magical and supernatural items sometimes find their way into mortal hands or onto the market, and Cassidy is part of a shadowy Alliance of mortals and mages whose job it is to take those deadly curiosities out of circulation.

Welcome to Trifles & Folly, an antique and curio shop with a dark secret. Proprietor Cassidy Kincaide continues a family tradition begun in 1670—acquiring and neutralizing dangerous supernatural items. It’s the perfect job for Cassidy, whose psychic gift lets her touch an object and know its history. Together with her business partner Sorren, a 500 year-old vampire and former jewel thief, Cassidy makes it her business to get infernal objects off the market. When mundane antiques suddenly become magically malicious, it’s time for Cassidy and Sorren to get rid of these Deadly Curiosities before the bodies start piling up. 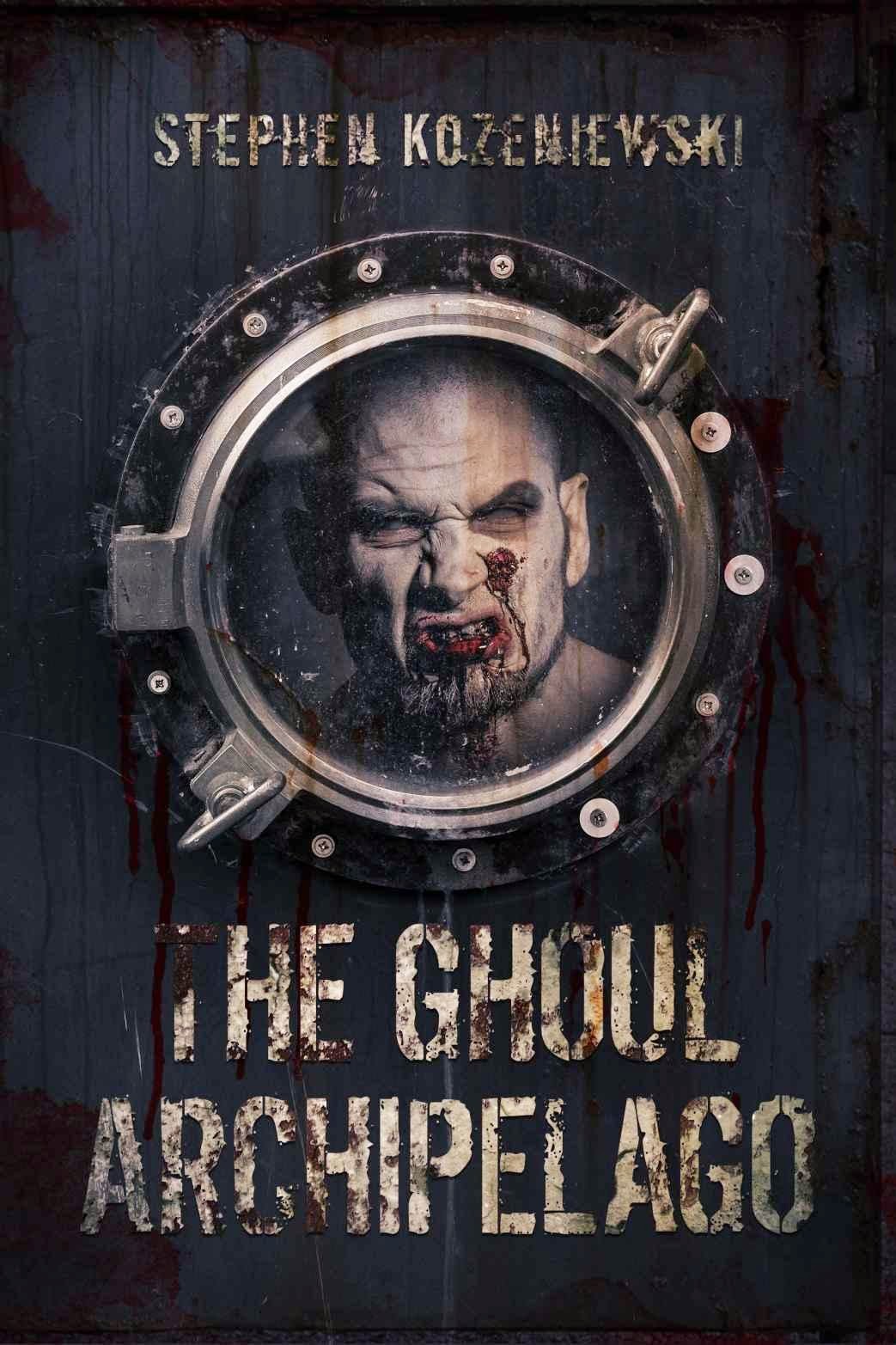 After ravenous corpses topple society and consume most of the world’s population, freighter captain Henk Martigan is shocked to receive a distress call. Eighty survivors beg him to whisk them away to the relative safety of the South Pacific. Martigan wants to help, but to rescue anyone he must first pass through the nightmare backwater of the Curien island chain.

A power struggle is brewing in the Curiens. On one side, the billionaire inventor of the mind-control collar seeks to squeeze all the profit he can out of the apocalypse. Opposing him is the charismatic leader of a ghoul-worshipping cargo cult. When a lunatic warlord berths an aircraft carrier off the coast and stakes his own claim on the islands, the stage is set for a bloody showdown.

To save the remnants of humanity (and himself), Captain Martigan must defeat all three of his ruthless new foes and brave the gruesome horrors of...THE GHOUL ARCHIPELAGO.

• Words of Radiance by Brandon Sanderson
A good, solid fantasy, pretty much what I was hoping for, but not exactly a frantic page-turner.

• Deathstalker Rebellion by Simon R. Green
I always keep a few 'fun' paperbacks on hand for vacations or roadtrips, and this week it's Deathstalker making the journey.

• The Blood of Alexander by Tom Wilde
A modern Indiana Jones steals a relic of Alexander the Great. 'Nuff said. That's precisely what I'm in the mood for right now.