on January 29, 2014
"Waiting On" Wednesday is a weekly event, hosted by Jill over at Breaking the Spine, that spotlights upcoming releases that we're eagerly anticipating. 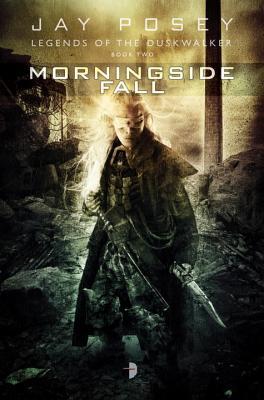 The lone gunman Three is gone, and Wren is the new governor of the devastated settlement of Morningside, but there is turmoil in the city. When his life is put in danger, Wren is forced to flee Morningside until he and his retinue can determine who can be trusted.

They arrive at the border outpost, Ninestory, only to find it has been infested with Weir in greater numbers than anyone has ever seen. These lost, dangerous creatures are harbouring a terrible secret – one that will have consequences not just for Wren and his comrades, but for the future of what remains of the world.


The gang at Angry Robot does it again, offering up another must-read sequel for 2014. Three (check it out here) was a post-apocalyptic cyberpunk thriller that read as if Mad Max had stepped into the world of The Dark Tower, aided and abetted on his journey by the likes of William Gibson and Richard Matheson, and I'm intensely curious to see where Posey takes the story next.
Jay Posey post-apocalyptic sci-fi suvudu