on December 28, 2013
If it's Monday, then it must be time for Mailbox Monday, a weekly meme that provides a virtual gathering place for bloggers (and readers) to share the books that came their way over the past week. Originally hosted by Marcia, of To Be Continued..., it has since become something of a book tour, with a new host each month. This month's host is Gilion @ Rose City Reader.

No review titles again this week, but gift cards & holiday sales continue to stock my shelves: 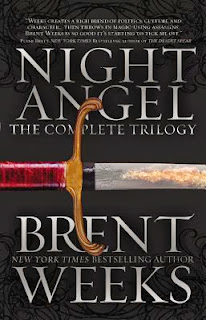 The omnibus edition of New York Times bestselling author Brent Weeks' blockbuster NIGHT ANGEL TRILOGY. With over one million copies in print, Brent Weeks has become one of the fastest selling new fantasy authors of all time.

For Durzo Blint, assassination is an art - and he is the city's most accomplished artist.

For Azoth, survival is just the beginning. He was raised on the streets and knows an opportunity when he sees one - even when the risks are as high as working for someone like Durzo Blint.

Azoth must learn to navigate the assassins' world of dangerous politics and strange magics - and become the perfect killer.

THE NIGHT ANGEL TRILOGY, one of the most popular epic fantasy series in recent years, is compiled into one volume for the first time. Included in this omnibus edition are: The Way of Shadows, Shadow's Edge, and Beyond the Shadows. 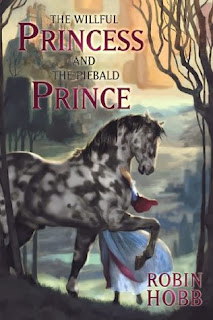 One of the darkest legends in the Realm of the Elderlings recounts the tale of the so-called Piebald Prince, a Witted pretender to the throne unseated by the actions of brave nobles so that the Farseer line could continue untainted. Now the truth behind the story is revealed through the account of Felicity, a low-born companion of the Princess Caution at Buckkeep.

With Felicity by her side, Caution grows into a headstrong Queen-in-Waiting. But when Caution gives birth to a bastard son who shares the piebald markings of his father’s horse, Felicity is the one who raises him. And as the prince comes to power, political intrigue sparks dangerous whispers about the Wit that will change the kingdom forever…

Internationally-bestselling, critically-acclaimed author Robin Hobb takes readers deep into the history behind the Farseer series in this exclusive, new novella, “The Willful Princess and the Piebald Prince.” In her trademark style, Hobb offers a revealing exploration of a family secret still reverberating generations later when assassin FitzChivalry Farseer comes onto the scene. Fans will not want to miss these tantalizing new insights into a much-beloved world and its unforgettable characters. 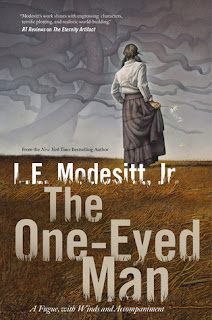 The colony world of Stittara is no ordinary planet. For the interstellar Unity of the Ceylesian Arm, Stittara is the primary source of anagathics: drugs that have more than doubled the human life span. But the ecological balance that makes anagathics possible on Stittara is fragile, and the Unity government has a vital interest in making sure the flow of longevity drugs remains uninterrupted, even if it means uprooting the human settlements.

Offered the job of assessing the ecological impact of the human presence on Stittara, freelance consultant Dr. Paulo Verano jumps at the chance to escape the ruin of his personal life. He gets far more than he bargained for: Stittara’s atmosphere is populated with skytubes—gigantic, mysterious airborne organisms that drift like clouds above the surface of the planet. Their exact nature has eluded humanity for centuries, but Verano believes his conclusions about Stittara may hinge on understanding the skytubes’ role in the planet’s ecology—if he survives the hurricane winds, distrustful settlers, and secret agendas that impede his investigation at every turn.

The book also includes the short story "New World Blues" (2012)which is based on the same painting that graces the cover of the book.

It's Monday! What Are You Reading? is a weekly meme hosted by Book Journey, and one that's focused on what's actually in your hands, as opposed to what's been added to your shelf. Currently I've got reviews coming up for:

What's topping your shelves this week?
epic fantasy Stacking The Shelves suvudu What Are You Reading?