on December 16, 2013
If it's Monday, then it must be time for Mailbox Monday, a weekly meme that provides a virtual gathering place for bloggers (and readers) to share the books that came their way over the past week. Originally hosted by Marcia, of To Be Continued..., it has since become something of a book tour, with a new host each month. This month's host is Gilion @ Rose City Reader. 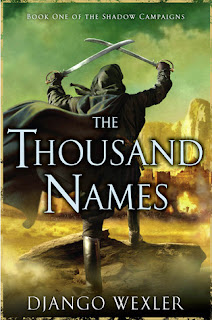 The Thousand Names: Book One of The Shadow Campaigns by Django Wexler
Hardcover, 528 pages
Published July 2nd 2013 by Roc Hardcover

Enter an epic fantasy world that echoes with the thunder of muskets and the clang of steel—but where the real battle is against a subtle and sinister magic....

Captain Marcus d’Ivoire, commander of one of the Vordanai empire’s colonial garrisons, was resigned to serving out his days in a sleepy, remote outpost. But that was before a rebellion upended his life. And once the powder smoke settled, he was left in charge of a demoralized force clinging tenuously to a small fortress at the edge of the desert.

To flee from her past, Winter Ihernglass masqueraded as a man and enlisted as a ranker in the Vordanai Colonials, hoping only to avoid notice. But when chance sees her promoted to command, she must win the hearts of her men and lead them into battle against impossible odds.

The fates of both these soldiers and all the men they lead depend on the newly arrived Colonel Janus bet Vhalnich, who has been sent by the ailing king to restore order. His military genius seems to know no bounds, and under his command, Marcus and Winter can feel the tide turning. But their allegiance will be tested as they begin to suspect that the enigmatic Janus’s ambitions extend beyond the battlefield and into the realm of the supernatural—a realm with the power to ignite a meteoric rise, reshape the known world, and change the lives of everyone in its path. 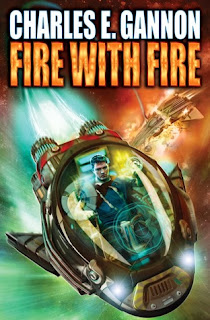 An agent for a spy organization  uncovers an alien alliance in nearby interstellar space—an alliance that will soon involve humanity in politics and war on a galactic scale.2105, September: Intelligence Analyst Caine Riordan uncovers a conspiracy on Earth’s Moon—a history-changing clandestine project—and ends up involuntarily cryocelled for his troubles. Twelve years later, Riordan awakens to a changed world. Humanity has achieved faster-than-light travel and is pioneering nearby star systems. And now, Riordan is compelled to become an inadvertent agent of conspiracy himself. Riordan’s mission: travel to a newly settled world and investigate whether a primitive local species was once sentient—enough so to have built a lost civilization.

However, arriving on site in the Delta Pavonis system, Caine discovers that the job he’s been given is anything but secret or safe. With assassins and saboteurs dogging his every step, it's clear that someone doesn't want his mission to succeed. In the end, it takes the broad-based insights of an intelligence analyst and a matching instinct for intrigue to ferret out the truth: that humanity is neither alone in the cosmos nor safe. Earth is revealed to be the lynchpin planet in an impending struggle for interstellar dominance, a struggle into which it is being irresistibly dragged. Discovering new dangers at every turn, Riordan must now convince the powers-that-be that the only way for humanity to survive as a free species is to face the perils directly—and to fight fire with fire. 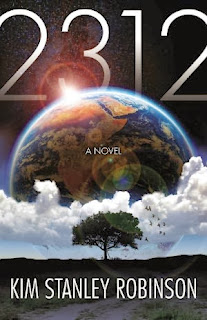 The year is 2312. Scientific and technological advances have opened gateways to an extraordinary future. Earth is no longer humanity's only home; new habitats have been created throughout the solar system on moons, planets, and in between. But in this year, 2312, a sequence of events will force humanity to confront its past, its present, and its future.

The first event takes place on Mercury, on the city of Terminator, itself a miracle of engineering on an unprecedented scale. It is an unexpected death, but one that might have been foreseen. For Swan Er Hong, it is an event that will change her life. Swan was once a woman who designed worlds. Now she will be led into a plot to destroy them.

It's Monday! What Are You Reading? is a weekly meme hosted by Book Journey, and one that's focused on what's actually in your hands, as opposed to what's been added to your shelf. Currently I've got reviews coming up for:

What's topping your shelves this week?
epic fantasy sci-fi Stacking The Shelves suvudu thriller What Are You Reading?