on October 28, 2013
If it's Monday, then it must be time for Mailbox Monday, a weekly meme that provides a virtual gathering place for bloggers (and readers) to share the books that came their way over the past week. Originally hosted by Marcia, of To Be Continued..., it has since become something of a book tour, with a new host each month. This month's host is Gina @ Book Dragon’s Lair!

Here are the books that found a home on my shelves over the last week: 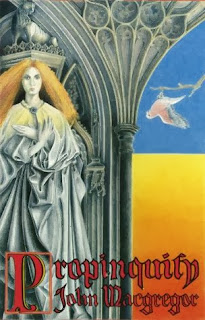 At the center of Propinquity is the secret tomb of a medieval French princess - carrier of the same gnostic illumination dispensed by Christ. A male doctor is shown the crypt - deep under Westminster Abbey - by a young, female medievalist, fluent in Old French. As a child she'd witnessed her father visiting the crypt - he being a high-ranking cleric set on keeping the secret secret.

2,000 years back, Joseph of Arimathea had brought the Holy Grail to England - and set up a gnostic monastery where Westminster Abbey now stands. When the Roman state later appropriated Christianity, and redesigned it in its own image, the Westminster monks acted as a secret society which kept the gnostic teaching alive. After twelve centuries, into their midst walked Berengaria, Richard the Lionheart's Queen - herself a gnostic.

Berengaria was presently done away with by the Church. For centuries it kept her tomb, and story, secret: if word got out, "Christianity would come down like Wall Street in the Great Crash". But now our heroic couple - the Church hierarchy and police on their tails - are in a race to reveal all. 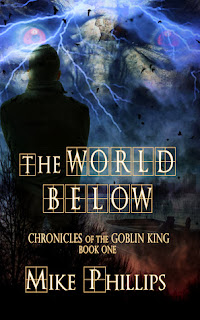 The World Below by Mark Phillips
Damnation Books, LLC (March 1, 2013)

Chronicles of the Goblin King Book One.

In ancient times, magical creatures inhabited the Earth. They lived on mountaintops, in the branches of trees, at the bottom of lakes and rivers.

That was long ago, before the human race declared war on the creatures they feared and hated. Now, the enchanted peoples are all but gone. Those few who remain fear being stretched out on an examination table in some secret, governmental facility. The only place they can hide from the ever increasing number of satellites and smart phones is in the World Below. 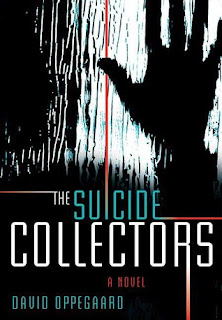 The Despair has plagued the earth for five years. Most of the world’s population has inexplicably died by its own hand, and the few survivors struggle to remain alive. A mysterious, shadowy group called the Collectors has emerged, inevitably appearing to remove the bodies of the dead. But in the crumbling state of Florida, a man named Norman takes an unprecedented stand against the Collectors, propelling him on a journey across North America. It’s rumored a scientist in Seattle is working on a cure for the Despair, but in a world ruled by death, it won’t be easy to get there.


As for what we're reading, the team has reviews coming up over the next 2 weeks for: