Artifacts of the Niagara Gorge - A History of Human Folly

on May 18, 2013
It's been a while since I've done much photography, but it's also been a while since I've wandered off the beaten path to find something new. Well, today was just such a day, with a morning hike down into the Niagara Gorge.  I didn't go down with any particular purpose or plan in mind, but once I'd taken the first few photos of man-made ruins scattered amid the beauty, I knew I was onto something 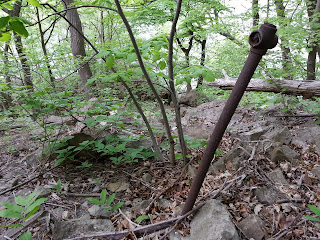 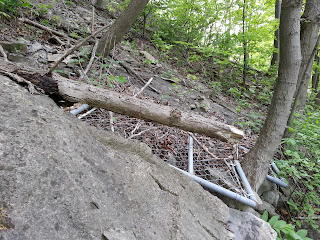 It started innocently enough with a cast-iron post and a fence gate. The first had clearly been there for sometime, and likely once served a purpose, but the gate was new.

And then I found the car, one I don't recall having stumbled across before. 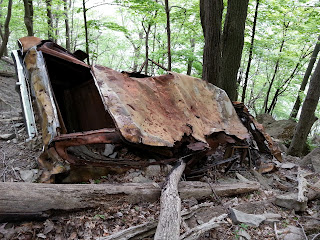 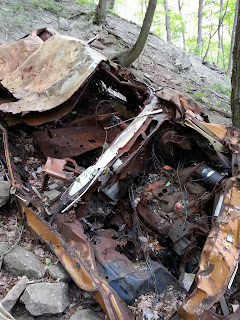 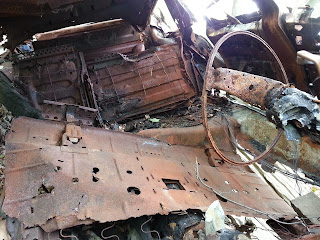 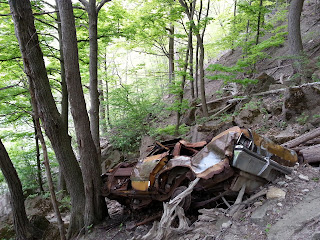 For the next little while, it was just some random debris, all of it weirdly out of place within the beauty of the Gorge. 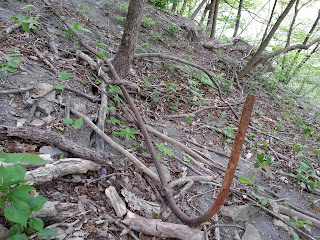 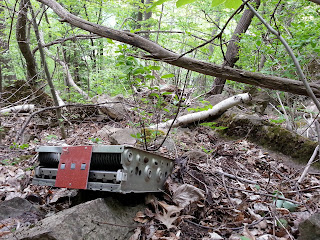 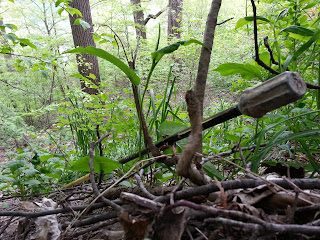 It was the old cable and pulley that caught my eye and dragged me farther off the makeshift trail than I had planned. 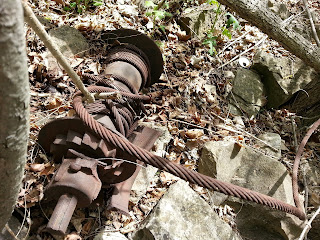 Which brought me to the old motorcycle, probably the most unique bit of wreckage I've found in many a year. 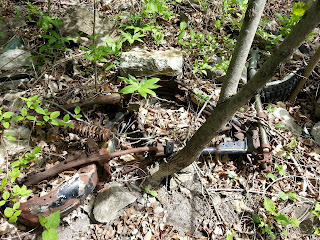 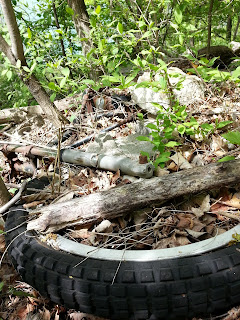 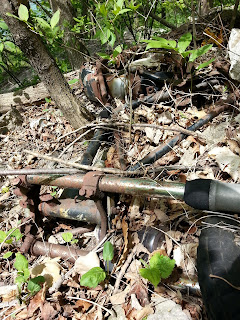 After that, mostly just another random collection of rust and ruin, nestled within the greenery. 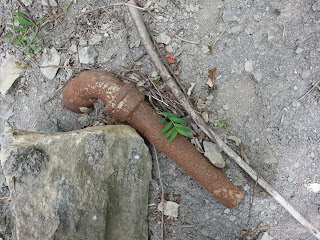 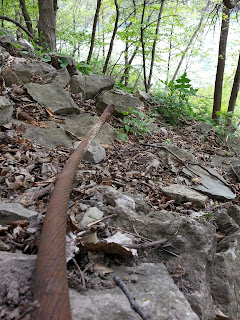 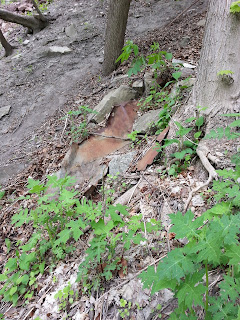 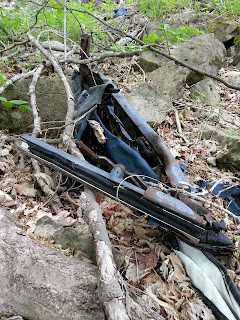 And, finally, ending with one of the saddest, most nostalgic bits of debris down in the Gorge. When I was a kid, this was still a recognizable safe, sealed shut against the ages, and a target for my imagination. For the better part of ten years I would drop a couple of big rocks on it every time we hiked by, try the handle, and move on, defeated again. 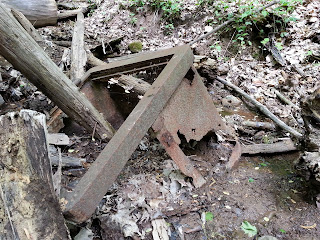 At some point, the trickling steam rotted its way through the underside, making it top-heavy enough to tumble about 20 meters down the incline. It's hardly recognizable today, but every time I see it, I see that old safe, full of - to my young imagination - untold riches.
photo exploration