The Daughter of Ares Chronicles by Shannon McRoberts (REVIEW)

Offering up a heady mix of mythology, folklore, and prophecy, The Daughter of Ares Chronicles by Shannon McRoberts falls somewhere between classical adventure and epic fantasy. The overall story arc is comprised of three books, each of which offers up a satisfying story on its own, but which are interlinked by the stories of Athine and her sisters.

The Beginning establishes McRobert's world, presenting us with prophecies of doom and visions of hope, all centring around the young women selectively bred by the gods and goddesses to fulfill their anticipated roles. Multiple points of view, exhaustive background detail, intriguing twists and turns, and a careful development of her 'new' mythology carries the tale through to a strong end.

The story picks back up in The Narkurru, building upon the first chapter with a focus on Amazonian mythology. A simpler tale than the first one, it's definitely a bit of an easier read, but the conflicts and friendships already established lend it some added weight. In a nod to more traditional fantasy, McRoberts ventures into the realm of enchanted weapons, weaving them into her story.

With a story that blends the elements of the first two chapters, The Blood Sisters picks up on the legendary promiscuity of Zeus to offer an intriguing new origin and mythology for vampires. Even if it lacks the dire weight of prophecy that seemed to hang over the first volume, this concluding chapter is definitely the most significant of the three in terms of consequences and the potential for change.

McRoberts does an admirable job of building upon the classical legends we're already familiar with, adding additional branches of goddesses and demigoddesses to Zeus' rather convoluted family tree. Rather than try to replant the stories we already know, she uses them to establish roots for her tale, telling new stories that have either grown from or developed alongside those classic branches.

While I wouldn't necessarily call this a feminist fantasy, the three stories are very focused on the idea of feminine power, much the same way Xena: Warrior Princess or even Buffy The Vampire Slayer are. A great story arc, with a nice progression of themes, and some well-developed characters to carry it along, The Daughter of Ares Chronicles is definitely worth a read. 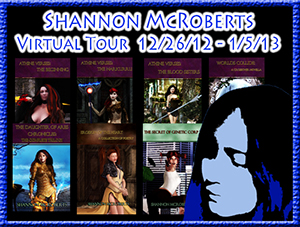 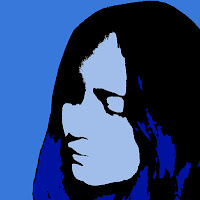 Shannon McRoberts was born in Kentucky and currently resides there with her family. She began writing novellas late in her career after fulfilling a college dream of publishing her poetry book.

When not writing or working at her day job she enjoys creating fantasy art in Poser; this helps spur on her writing about fantasy worlds. Shannon is also an avid reader enjoying many books that feature strong female leads. It comes as no surprise that when she writes that her characters are also strong female leads
Shannon’s books are not long at all as she feels that something should be left up to the reader; no you don’t really need to know that the walls were blue on the fourth floor to enjoy a story!

If she has any spare time Shannon enjoys playing things like World of Warcraft, Elder Scroll games, Guild Wars, Rift, and Second Life. However, she often doesn’t have any spare time between work, family, and her art/writing hobbies.


Disclosure of Material Connection: I received this book for review from First Rule Publicity from the author as part of a virtual book tour. I was not compensated nor was I required to write a positive review. The opinions I have expressed are my own. I am disclosing this in accordance with the Federal Trade Commission’s 16 CFR, Part 255: “Guides Concerning the Use of Endorsements and Testimonials in Advertising.”
book review fantasy tour-FRP