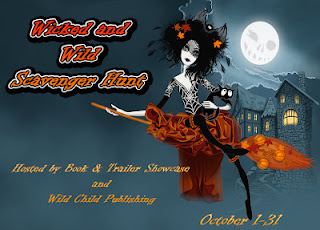 37 blogs have linked together to allow you to hunt for 37 different words that will be hidden in each post so, at the end of the hunt, you will have 37 answers to plug into the Rafflecopter. Please DO NOT leave your answers in the comment section. We want this to be fun for everyone, and not take the challenge out of the game.

So this is how it works.

All the blogs listed below will post their game piece on their allotted date. You are looking for one word (related to Halloween) to plug into the Rafflecopter as your answer. For example, if you are on Close Encounters with the Night Kind and find your word (clues will be provided for you in the banner), you must log into the Rafflecopter form and place your answer in the box marked Close Encounters of the Night Kind.

Follow along the entire Scavenger Hunt and collect all 37 clues. We will be drawing for 4 $25 dollar Gift Certificates to Wild Child Publishing. Happy Hunting!!!

Your Beauty in Ruins clue is as follows . . . 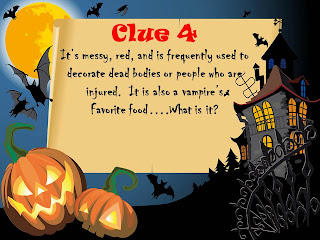 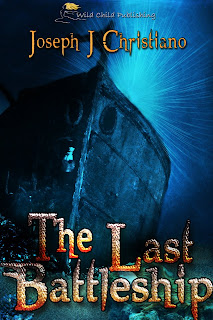 Title: The Last Battleship
Author:  Joseph J Christiano
Publisher: Wild Child Publishing    .
Length:   Novel
Sub-Genres:   Murder, Mystery
BLURB:
In 1944, the USS Louisiana is torpedoed and sunk by a Japanese submarine. There is a single survivor. Four decades later an expedition embarks to locate and document the wreck. Joining the expedition as honored guests are the Louisiana's sole survivor, Ensign Robert Sayles (USN retired) and his daughter, Jill. As the search escalates, Jill begins a tentative romance with a member of the expedition, a man named Kevin Reese.

The wreck is located, and things begin to go wrong aboard the research vessel. Several crewmen are found murdered, and the radio and engines are sabotaged. Sayles begins to experience the pain of the wounds he received during his escape from the sinking ship. With a fierce South Pacific storm bearing down on them, the survivors must find a way to repair their vessel and discover the identity of the murderer in their midst...a murderer with direct ties to the night the last battleship was sunk.

EXCERPT:
The ship groaned long and loud from somewhere deep within, and that got him moving again. Sayles braced both feet against the bulkhead around the hatch cover, and pulled for all he was worth. He felt the hatch move, maybe an inch or two, but it was enough to make him double his effort. He took a deep breath and strained against the hatch cover again. He felt a muscle tear in his right shoulder, and the pain was excruciating. He screamed, quite involuntarily. But through the agony, a single thought: If I stop now, I’ll never make it out alive. He put all he had into one final pull against the hatch cover, and it sprung open.

His surprise that it worked was surpassed only by the pain in his back, shoulder and head as he flew backward. He crashed into the port bulkhead, felt his right arm snap, and slid to the deck. He sat there, half on the deck, half on the bulkhead. For a moment he forgot where he was. His left hand moved on its own to the back of his head, and it came away bloody. He stared at the blood with little interest as to where it had come from or what it meant for him.

It was the firelight from outside that drew him back to full consciousness. Sayles realized he was sitting almost entirely on the port bulkhead now. The open hatch was before him and he lifted himself toward it. He pulled himself through with his left arm; his right arm hung useless at his side. He could neither feel the appendage, nor control its movements.

The ladder on the other side of the hatch presented a problem. The ship was almost entirely on her side, which meant the ladder had become a horizontal obstacle. He pulled himself along the ladder until he reached what used to be the deck above. The main deck. Freedom. Life.

He positioned himself beneath the hatch leading to the outside world. It was directly above his head. He leaped, his left arm outstretched, and grabbed hold of the hatch frame. His boots struggled to find purchase on what had until recently been the deck but was now a bulkhead. Somehow, he managed to pull himself up. He emerged from the ship onto the main deck and rolled away from the open hatch. He lay there, exhausted, his breathing quick and ragged. His heart felt like a trip hammer in his chest. For a moment, he could hear nothing but the blood pounding in his ears.

Slowly, other sounds began to intrude into his world. He heard the ship groan again, as if in protest of its fate. He also became aware of the shouts and screams from all around him. He opened his eyes, and saw the night sky above him. The moon was full and it bathed the area in ghostly light. The firelight was all but gone, doubtless snuffed out by the power of the Pacific. He didn’t see or hear enemy planes in the air. Either they had done their job to their satisfaction, or else they had never been there. It didn’t really matter which. “I’m not going down with ya.” This he would remember saying, although not until much later.

ABOUT THE AUTHOR:
I have been a lifelong reader of both fiction and non-fiction. My favorite genres in fiction are mystery, suspense, horror, and science fiction. My non-fiction affinity is for history books. My favorite and most influential authors are Stephen King, Alan Moore, Harlan Ellison, Richard Matheson, Stan Lee, Edgar Allan Poe, Agatha Christie, Neil Gaiman, and Michael Jan Friedman (who used me as a character in one of his Star Trek novels).

My premiere novel, The Last Battleship, was published by the fine (and intelligent) folks at Wild Child Publishing in March 2012. My second novel, Moon Dust, is scheduled for release December 2012 by Crescent Moon Press.
αωαωαωαωαωαωαω