GUEST POST: The Great Sphinx Of Amun-Ra by Herbert Smith

on June 19, 2012
The name of the oldest civilization known to the modern world is Kmet, sometimes spelled Kemet (or other variations), although the original name in the original language would be transliterated as Kmt. Many eastern languages still are devoid of vowels, although some use a symbol to indicate where a vowel should be; the same symbol for all vowel sounds. That is the reason for different English spellings for Arabic words. For example, the word for a Nile sailing vessel that has come down to us from prehistory can be spelled as felucca – the spelling I use - or fulucca, or even felooka. There are any number of ways a word can be spelled in translation. It shows us that some of the sounds of languages are almost impossible to reproduce in English.

One of the most interesting words I know, the name of the nation of Qatar, is often pronounced as something close to “gutter” in English, but I lived in Qatar for a year, and the people there don’t say it that way at all. KAT-tar is the local rendition, although I probably missed some of the very subtle sounds within the word. That is often the case when attempting to pronounce words from other languages, our predilection toward English sounds limits our ability to hear things as they are actually, when they are subtly spoken.

There are some words that seem to have an ancient commonality. Once, when a neighbor who had come directly from the Assyrians of Eastern Europe, a refugee, was visiting at our house, she brought her three year old grandson who had not yet learned English. They spoke their native language at home, which they insisted was the original language of the human race. We had a large, gentle old cat, who strolled through the room, and the child was overjoyed to see it. “Gato!” he shouted gleefully. “Gato” is the word for cat in Spanish as well as Assyrian. Often the words for ‘mother’ and ‘father’ (or their more familiar forms of ‘mama’ and ‘daddy’ or ‘papa’) are similar in languages from all parts of the world, and other common use nouns reflect the same similarity. For some reason there are far fewer similar verbs than nouns. That could well reflect the idea that ‘personal’ names were in general use and of greater importance to ancient people than were the names of activities they carried out day by day, from which verb forms sprang.

It was with the understanding that language could not express very much of what existed in a culture out of the ancient past, and that almost everything has been lost of that culture, that I started working on the first chapter of the novel. I wanted to construct a possible, realistic setting, and a living picture of the people of Nomo and their migration across the Sahara, by no means an easy feat, and set them up beside what was, for them, an impossible dream; an immense, never ending supply of water. As was common among ancient people, they had some idea that a god had created and controlled all things; an intrinsic knowledge of a power beyond their understanding, and they set out to honor that god with the best things they could offer. Their god was the sun, a logical conclusion for an ancient tribe, and they carried the worship of their god with them. He eventually became the great god, Amun-Ra, the sun god and creator god of the Pharaohs who existed in grandeur and nearly unlimited power in the minds of the ancients for three millennia.

The Great Sphinx Of Amun-Ra
by Herbert Smith

What is the true age of the Great Sphinx of Giza? There is a lot of discussion and much controversy among Egyptologists concerning its origin, and no one has yet been able to find a date or inscription that will settle the dispute. The evidence, according to a large group of scientists, is the human visage of the statue. They believe it can be dated to the time of the Pharaoh Khafra (Khefren) who ruled about 4,500 years ago, by the style of the headdress the Sphinx wears. But the fact that the head is so much smaller in proportion to the body of the beast is, for many, a clear signal that the Sphinx was changed at that time, and the resulting theory is that the original appearance of the great stone lion was quite different. No one can determine the precise time the original statue was constructed. Some serious scientists have estimated that it may be 10,000 years or older.
The tiny colony of Nomo, far to the west of the Nile Valley, set out nearly 8,000 years ago to find a new home along the Great Water that some members of the tribe recalled from their young years. The Water lay many day’s distance across the treacherous sands of the Bab – the name they gave the Sahara Desert – and their exploration to find the water was a monumental task. But the explorers were successful and the tribe picked up all they could carry and resettled themselves beside the Great River, founding a village that grew into a town, and eventually into a nation, joining with many other tribes to form ancient Kmet, now called Egypt. They thrived there for millennia, growing and changing into a complex and sophisticated society ruled by Pharaohs, and became the builders of the mighty pyramids and temples that lie along the Nile, and creators of the greatest sculpture the world has ever seen: the mighty Sphinx of Giza. 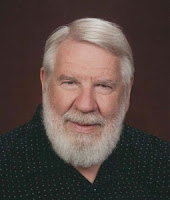 Herbert L. Smith has lived and taught in many different countries of the world, from Africa to South America, and has written about some of his posts in three books published since 2008: Cairo: The Mother Of The World, Crossing Borders, and his most recent, The Great Sphinx Of Amun-Ra. All these books are based in Egypt, where he lived in the 1990’s, and he has followed the evolution of Egypt continually since that time.
The first two books are travel memoirs, and The Great Sphinx Of Amun-Ra is a novel set in ancient as well as modern Egypt. It is a time-travel kind of experience, placing readers in pre-history as well as Cairo in 2012, which he knows well.

Smith has been a teacher since 1968, working in the U.S. as well as abroad. His subject as well as his interest is English Language, and he has taught primarily in Colleges and Universitiespreparing international students for academic work in English.

Other disciplines that attract his attention are music and history. He is a pianist, organist, and choirmaster, and a reader of history. He now lives in Eugene, Oregon where his writing and musiccontinue. A biographical novel that will eventually follow (in about two years) is titled David, The King.

Check out the rest of Herbert's tour schedule over at Pump Up Your Book . . . and stop back later in the month for my review of The Great Sphinx Of Amun-Ra.
guest post historical fantasy tour-PUMP