on February 14, 2012
The Schoellkopf Power Station is one of those almost mythical locations that have obsessed me since my early childhood days. Every time we drove\along the Niagara Parkway or took the Rainbow Bridge over to Niagara Falls NY, it called to me. I could see the ruined architecture clinging tenuously to the wall of the escarpment, the darkened tunnels leading to hidden wonders I could only dream of . . . and the sheer, seemingly unclimbable wall that not even my father (who got me hooked in hiking and exploring) knew how to traverse.

I was determined that, someday, I would find a way down there to explore the ruins. That day came this summer, and it all started with a sign - a closed sign, yes, but a sign that we were on the right path. 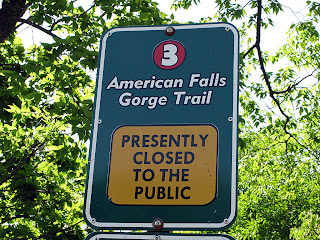 The hike down was an interesting one, beginning with a peek into some nearby ruins of the water treatment plant. 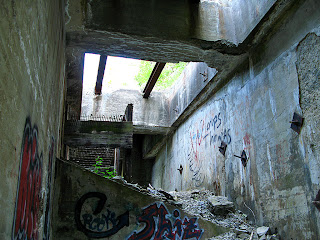 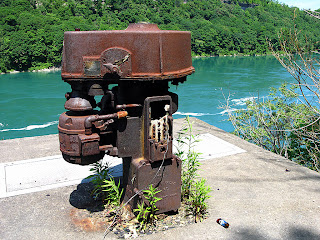 Further down the trail we found the usual assortment of junked cars, along with some  wheels that I suspect are remnants of the old railway that used to run along the river. 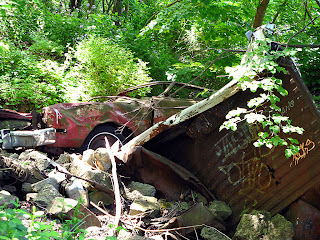 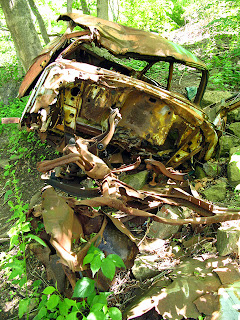 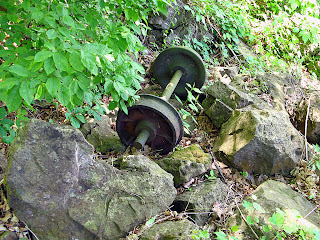 Our first glimpse of the ruins themselves was far overhead, nearly hidden within the trees, but it stopped us dead in our tracks. After an hour of hiking, we knew we were close. 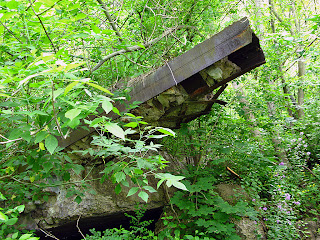 When we turned the next corner, and saw the gaping mouths stretched along the river, we knew we had made it. 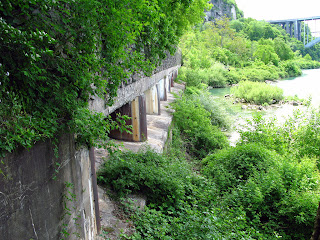 From there . . . well, I'll let the photos speak for themselves. 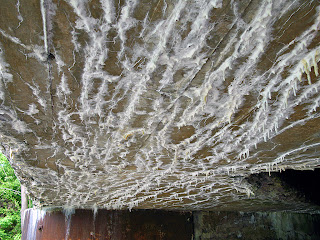 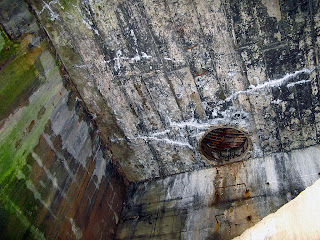 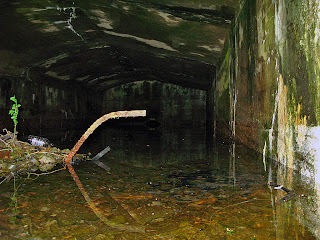 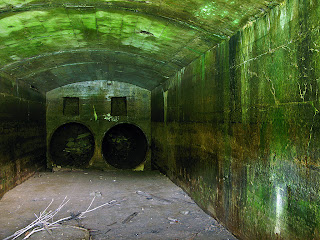